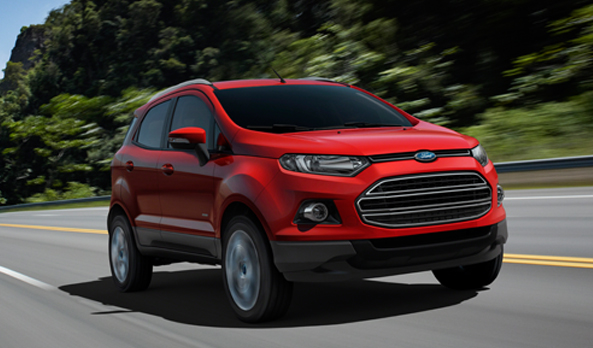 Ford Ecosport 2013 is a compact size green SUVs whose first generation was designed for Brazil however the latest 2013 Ford Ecosport is designed for the entire world. Earlier this year at the Asian motor show and recently at the Geneva auto show, the new 4×4 supermini cross over made its debut. 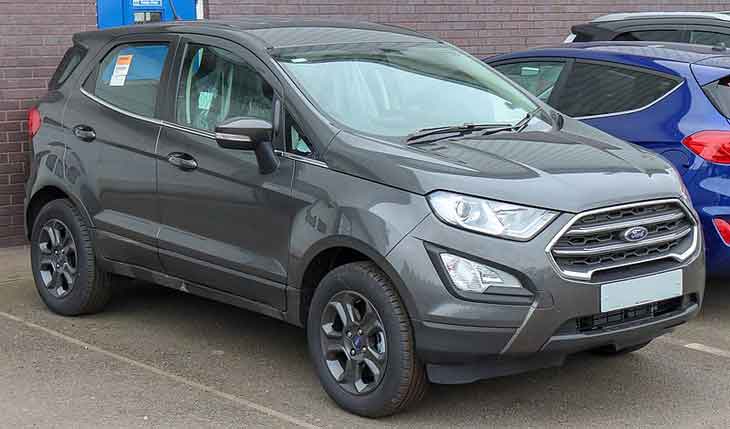 The model is built on the Fiesta platform with lots of stylish and exotic exterior and interior features and is equipped with an award winning 1.0L Ecoboost powerful engine. This is a new entry to the segment of mini crossovers for which Ford claimed that this car will offer a fun and warmth of a small family car together with flexibility, comfort and spaciousness of a big size car with a charming and elegant appeal of an SUV.

At the first glance you will definitely use a word “Chunky” for this mini Crossover because of its extrovert styles, dramatic design and a stunning metallic look. The front of the car receives a stunning and open mounted grille making it totally different from the Fiesta, gun like fog lights, high bonnet line and a wide screen making it look more appealing and radical.

The flattered wheel arches and high beltlines of the car making it a well planted and decently crafted vehicle. Narrow headlamps of the car are making it front more aggressive and sharp. The four meter long 2013 Ford Ecosport has a complementing rear end with wraparound rear screen mesh, rear door mounted spare wheel and C-pillers are all making the 2013 Ford Ecosport a perfect and compact SUV.

For stepping into the cabin of the Ford Ecosport is very easy because the car has four doors and plenty of cabin space that is suitable even for tall drivers and passengers. The interior of the car has a feel of the interior of the Fiesta with a bit more air and refreshing feel. As compared to the front, rear doors restrict your entry to the car because of its small size but the leg room is equally comfortable in the front. The standard interior features of the 2013 Ford Ecosport include air conditioning, steering mounted controls, integrated audio system, cell phone inspired stereo controls and a neat and soothing cabin with a bit harsh and rough plastic and finishing.

The new Ford Ecosport comes with a range of engines and obviously on the top of the list is 1.0 liter 3 cylinder Ecoboost engine. This is an engine with small dimensions and high fuel efficiency for which awards it received. The engine comes in two variable horsepowers that is 99hp (modest) and 118hp with 125 pound feet of torque (healthiest). The 1.0L Ecoboost engine e is mated with 5 speed manual transmission box. Ford is also planning to use the Fiesta’s 1.5 liter engine. The small 2013 Ford Ecosport SUV has an ability to give a high end performance with easier handling and smooth running and is safe for the environment.

The new 2013 Ford Ecosport has to compete against Nissan Juke, Peugeot 2008 and Renault capture. The later two will soon arrive to the market as new entries.