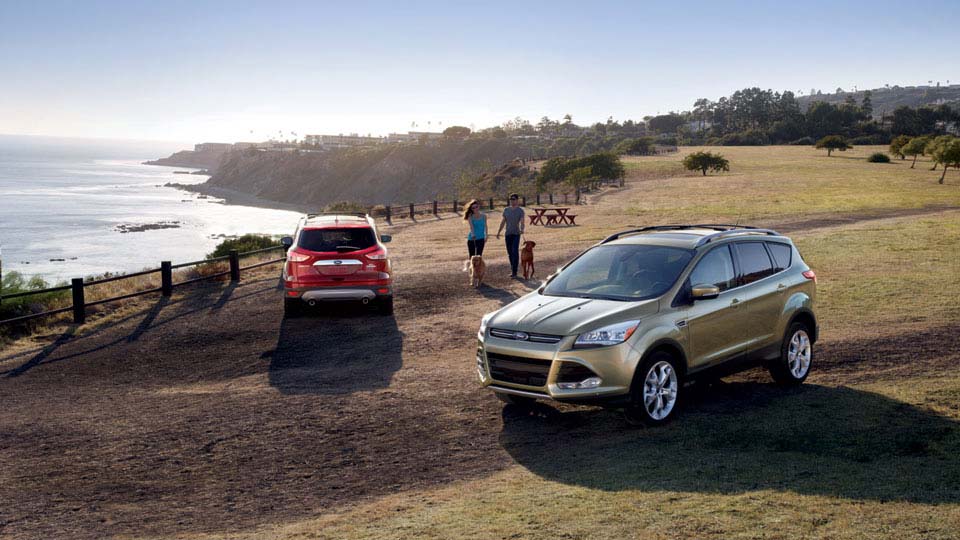 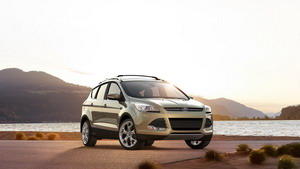 The 2013 Ford Escape is a blend of athletic dynamics, innovative and high tech features and an appealing cabin with lots of sophisticated interior work, all these things are making this car the leader in the segment of small utility crossovers. The first model in the lineup was introduced in 2000 as 2001 model year and since its introduction, this small SUV never let down the precision and prestige of the Ford. With the introduction of every new model, Ford Escape just performed well however, the new 2013 Ford Escape is on the top of all the models because of its plenty of impressive amenities including fuel economy, utility, cabin, handling and styling. Along with all these impressive features, the new Ford SUV is priced accurately for all those who want to enjoy the ride of a fine and engaging car.

The redesigned 2013 Ford Escape stands first in the list of small and affordable SUVs in its striking styling and interior comfort. The biggest exterior change received by the 2013 Ford Escape is its capsule shaped body that makes it totally different from that of traditional crossovers. The front fascia is complemented with a small slatted grille paired with lower large shuttered air dams to keep the resistance of the wind low and to improve fuel economy. The wraparound headlamps and taillights are complementing the rear fascia paired with a new and innovative liftgate that is connected to a sensor placed below the bumper and the liftgate opens with a kick of the foot.

The standard features of the base model of the 2013 Ford Escape integrated blind spot mirror, full power accessories, tilt and telescoping steering wheel, cruise control, six speaker sound system, MyKey Parental controls, CD player and Auxiliary audio jack.  Moving up to the other trim levels, you will get lots of additional standard features for the comfort, convenience and entertainment. 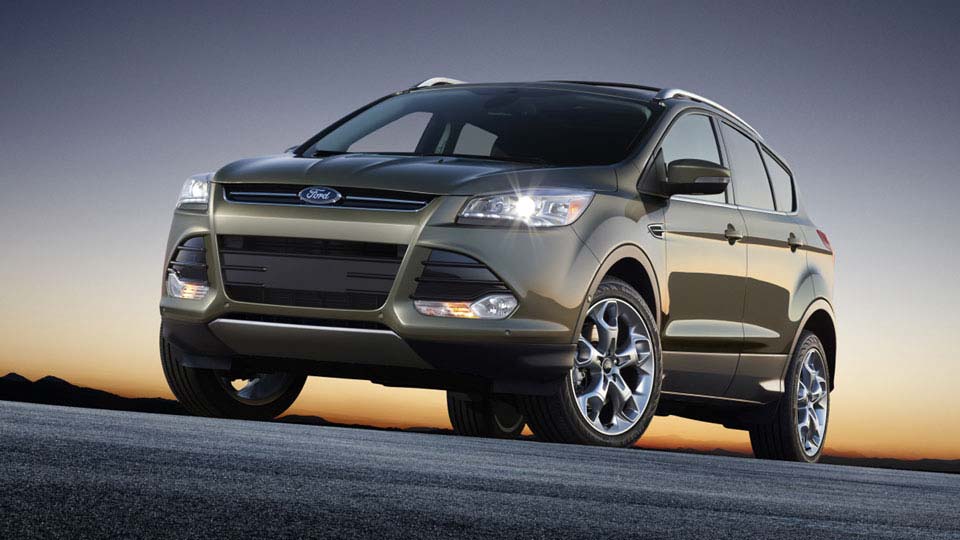 The 2013 Ford Escape is a five passenger crossover that offers two row seating arrangements and comes in four different trim levels, the base trim S, SE, SEL and the top model Titanium. All these trim levels carries soft touch and superior quality materials with a distinction of additional features to the upper trim levels.

Front seat side, driver’s knee and full length side curtain airbags, antilock  disc brakes, traction control and stability control are the standard safety features of all the models of the 2013 Ford Escape.

The 2013 Ford Escape is a good option for the lovers of small SUVs who want to enjoy good cargo and cabin room with impressive performance and handling. If your key points are fuel economy, generous power, new design and impressive features, then this is a must consider SUV.