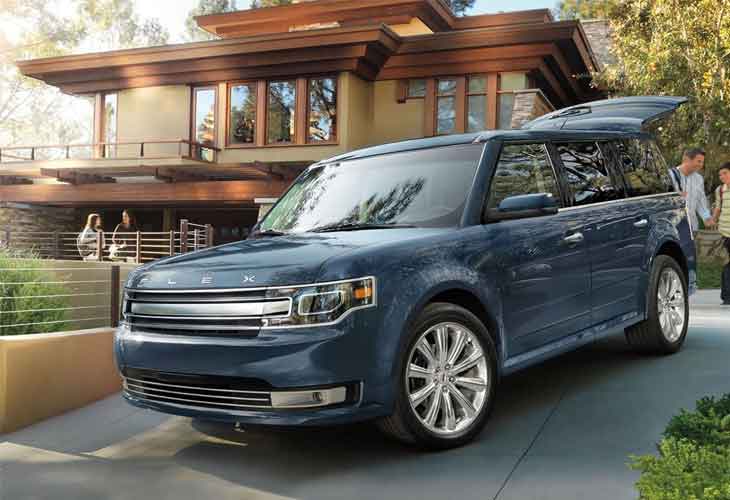 Ford Flex Crossover has become part of a family, 2013 Ford Flex has come out as the biggest newsmaker. With sleek new front and impressive styling, Ford Flex made its debut at the auto show. One may not have seen much of a success in the earlier models of ford, but the 2013 Ford Flex review reveals this big crossover to be different. It is brash and yet smooth and those comfy, spacious and luxurious interiors cannot escape your attention. However, those boxy exteriors will not go down well with some customers.

Although it seems that the 2013 Ford Flex Crossover has spent some time under the knife, the changes are not much apparent. The stacked parallelogram design seems to be very much there but one can see significant rework on the front side.

The Blue Oval badge goes missing in 2013 Ford Flex. Instead, you will see an imprinted F-L-E-X is on the brow of the hood. With a modernized headlight assembly, an exceptionally useful low step-in height in Flex makes it just perfect for the driver as well as the kids to slide in. One might expect Ford to make the model much more appealing on the exterior to a larger audience, but that hasn’t ensued at all. 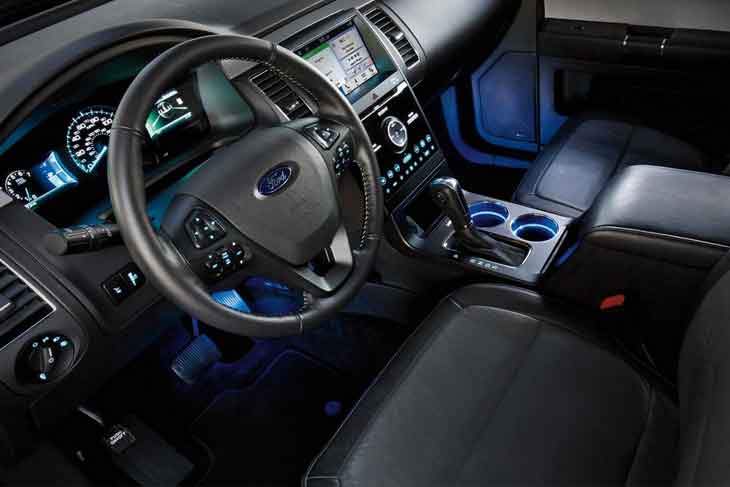 Mining more horsepower, 2013 Ford Flex goes from 262 hp and 248 lb-ft of torque to 287 and 254. There is an optional turbocharged EcoBoost engine that was able to get 10 more hp for a total of 365. 2013 Ford Flex review shows the model to give 17/23 mpg city/highway, which is quite a bit of fun.  The front-drive model with a 3.5-liter V-6 is the most efficient Flex and is rated 18/25 mpg. Another plus is no body roll, which doesn’t go well with some passengers as it can lead to motion sickness. What you get from Flex is a smooth and solid ride. 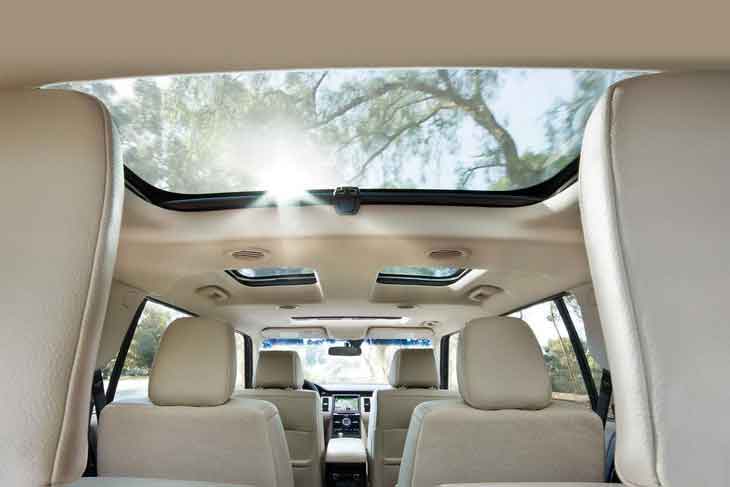 One will come across a number of safety and convenience features such as collision warning, adaptive cruise control, blind-spot monitors, inflatable rear seatbelts, and brake intervention. Generally unchanged the Flex is certainly refined for 2013.  It remains one of those few vehicles to offer a middle-row refrigerator.

Winding up the 2013 Ford Flex review, the good news is that there is plenty of room for the passengers as well as enough space for the bulky cargo. One can add a couple of safety tech features for not much more money. The bad news is that the MyFord Touch system, although improved, is still slow to respond and feels cluttered. The boxy 2013 Ford Flex is certainly not for everybody. But have a look at it if you are searching for space and plenty of technology. With an MSRP of $35,175.00, it is certainly worth looking at.