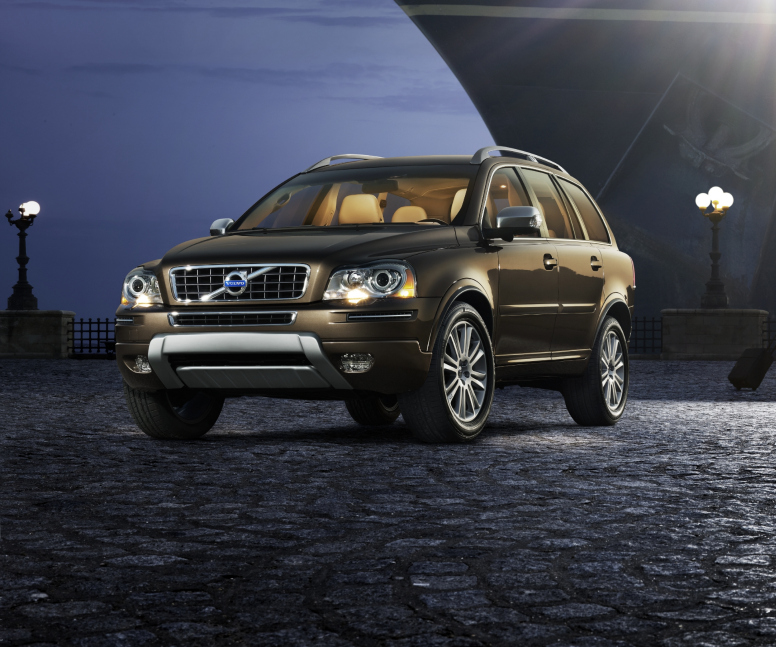 The XC90 is a SUV from the house Swedish multinational auto manufacturing company Volvo that was launched in 2003. Since 2003, the Volvo didn’t made any major updates to the XC90 however, for the 2013 model year, Volvo made a statement “ the most significantly updated XC90 since its launch a decade ago”. The new upgraded 2013 Volvo XC90 received bold styling features and so it become fairly competitive luxury SUV. After getting updates, the XC90 got great appreciation from the folks because the SUV is now consider among one of the best SUVs offering comfortable interior space for passenger and luggage.

The R-Design XC90 adds unique styling touches with distinguishing leather upholstery, sports steering wheel and unique gauges.
Opting for optional Premier Plus Package, Platinum package and Climate Package adds a number of technologically advance features to the interior and exterior of the 2013 XC90.

A 3.3 liter in-line 6 engine is offered to the V0lvo 2013 XC90 that delivers 240 horsepower and 236 lb ft of torque with a towing capacity of 3,970. A six speed automatic transmission with manual shift control and front wheel drive are standard while all wheel drive is optional. The acceleration from 0-60 mph is 8.7 seconds and the EPA rated fuel economy is 16 mpg city and 23 mpg highway.

The full size SUVs market is loaded with a number of impressive options that any potential buyer must consider before making a decision. The key rivals of the Volvo XC90 2013 include Buick enclave, Ford Flex, Acura MDX and Audi Q5.

The Volvo XC90 2013 is an upgraded and very affordable SUV available in the segment that features lots of impressive equipments. The SUV buyers must consider this competitive alternative befor making a decision.