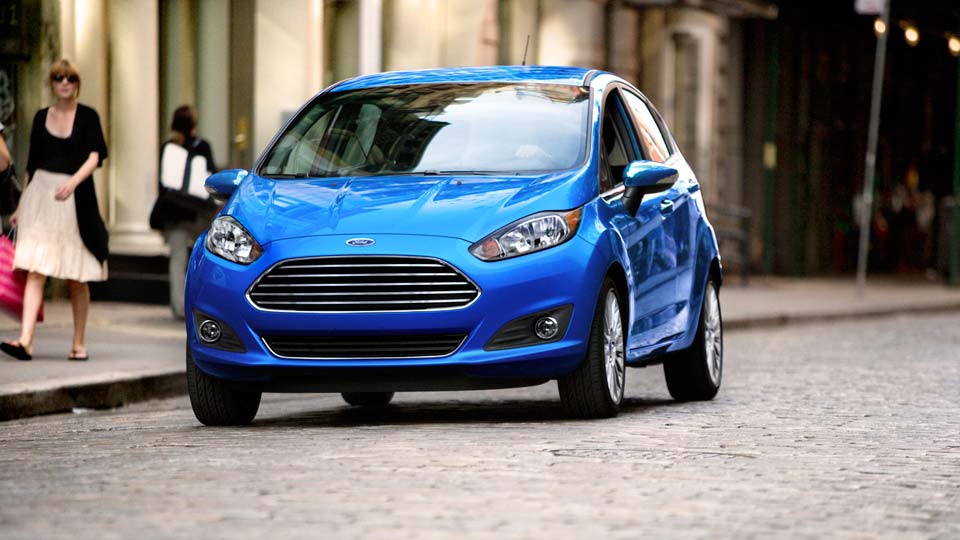 Ford is not a new name for the car lovers and recently a new and refreshed model made its debut as a 2014 Ford Fiesta at 2012 Los Angeles auto show with a new style and will be available in the spring 2013 as a 2014 model year.

The new small hatchback 2014 Ford Fiesta received lots of stunning and improved features for both interior and exterior and is able to compete the other models of this segment.

Many of the car lovers and Ford enthusiasts may be eager to know that how the car looks inside out and what are the features that are making it better and appealing model. Both of the versions of the 2014 Ford Fiesta has received really appealing style that is making it a good option. Thanks to Ford for updating its front end that has stolen lots of cues from the mid size Fusion sedan. You will notice narrower headlamps and LED lights, redesigned lower air intakes, reshaped hood, new Hexagonal front grille, dual exhaust outlets, reshaped the rear end, the new chin spoiler and 17 inch ST exclusive wheels.

The interior of the new 2014 Ford Fiesta is equipped with Recaro seats, Sony HD audio/satellite radio, eight premium speakers, features of MyFord Touch including a 6.5 inch touch screen with an optional voice control ability, MP3 connectivity, leather trim steering wheel and gearshift, Bluetooth and a comfortable conventional feel of the cabin. The manufacturer made the modern day new 2014 Ford Fiesta an inspiring, vibrant and expressive model because of the addition of some stunning and advance improvements inside out.

The new 2014 Ford Fiesta is equipped with a new and powerful 1.0L 3 cylinder direct injected ecoBoost engine producing 123 horsepower and 148 lb ft of torque with a 15% reduced CO2 emission. The engine is making it one of the most powerful and fuel efficient car among its competitors that is the biggest competitor advantage of the new 2014 Ford Fiesta over its rivals.

For a refreshed and updated interior and exterior, the 2014 Ford Fiesta may ask for a base price between $14,000 to $22,000. It is expected that the Ford will backed with a warranty similar to the other models of Ford Fiesta.

The new 2014 Ford Fiesta has to compete with Honda Fit, Chevrolet Spark, Volkswagen Golf and Ford focus. All these models have their own competitive advantages for each other.