The Porsche 911 is one of the most popular lineup by the German automaker Porsche and was first introduced in 1963. The 2014 Porsche 911 GT3 lineup offered a number of high performance vehicle to the market, and recently at the 2013 Geneva auto show, the Porsche made a new and perfect addition to the lineup as “GT3” as a 2014 model. 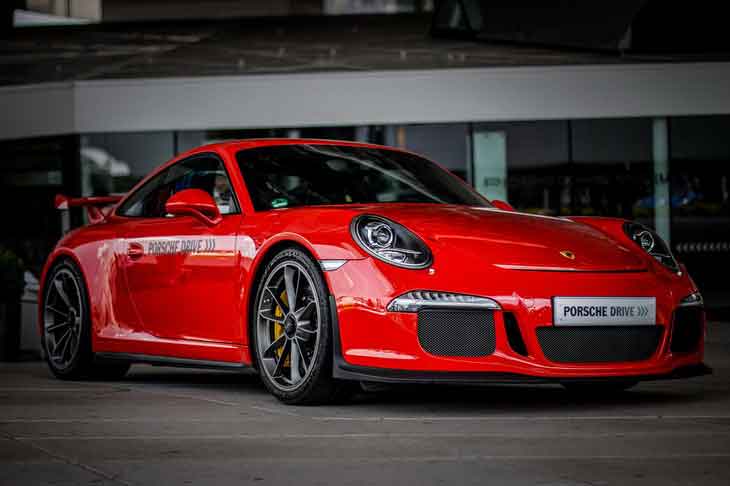 As compared to the models that will be replaced by the 2014 Porsche 911 GT3 is much lighter and is loaded with a number of unique, appealing and technological advance features making it a “WOW” in its segment.

The interior of the new 2014 Porsche 911 GT3 is also very complementing that suits the exterior charm of the car. The car is equipped with Recaro sport seats, intensive use of Alcantara and a three spoke steering wheel. Porsche claimed that they will offer a Clubsport package as an optional feature to the latest 2014 Porsche 911 GT3.

Though, much detail about the interior and exterior of the new 911 GT3 are not yet revealed but on the basis of the previous models of 911 and especially the 911 Carrera, it is expected that the interior will definitely be technologically advanced and comfortable.

Porsche fixed a water cooled 3.8 liter six cylinder engine under the hood of the latest 2014 Porsche 911 GT3. The engine is able to make 475 horsepower and a torque of 324 pound feet.

The rear wheel drive model has a top speed of 195mph that can push the car from 0-60 mph in just 3.3 seconds. For the first time, Porsche used its seven speed dual clutch transmission PDK system that send the power producing by the engine to the rear wheel via advanced high traction rear wheel drive system. The new 2014 Porsche 911 GT3 is a very comfortable and fast car offering a race car like handling and so it is the choice of real drivers.

The new 2014 Porsche 911 GT3 will hit the floors in the late 2013 in the United states and is expected to have a starting price of $130,400. A pretty much reasonable price for such a luxurious and fastest car.

In different eras, Porsche faced a tough competition from lots of cars however it usually considers a competition from top notch auto brands and so is the case of the new 2014 Porsche 911 GT3.