5 Things You Can Do With A Lada 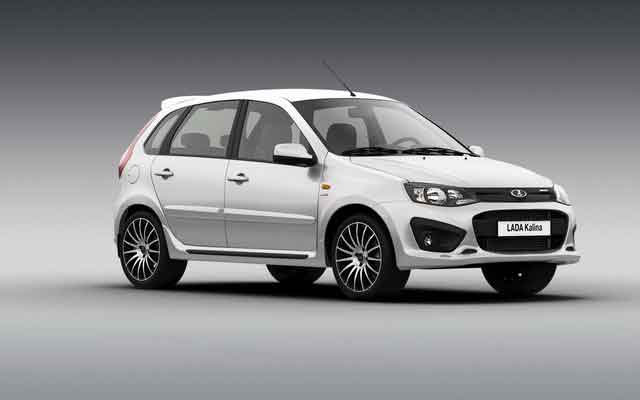 Whether you drive a car, ride a bike, or take the bus, you’ve probably noticed an uptick in the number of classic, boxy cars being driven by people in their 20s and 30s.  You’ve probably seen the old Volvo 240s, a ‘70s Chevy Blazer, a Datsun 510 here or there, and you’ve almost definitely seen a handful of Volkswagen Vanagons.

Although these ol’ wagons are in fashion in America right now, no boxy car holds a candle to the boxiest car of all:  the Classic Lada.

What the Heck is a Lada?

If you’re unfamiliar with Eastern European mythology, you may want to note that Lada is a female given name, derived from Slavic Mythology and the goddess of youth, merriment, and beauty.

Lada fans, however, may joke with you that ‘Lada’ is Russian for ‘swan,’ while actually thinking of it as an ugly duckling. 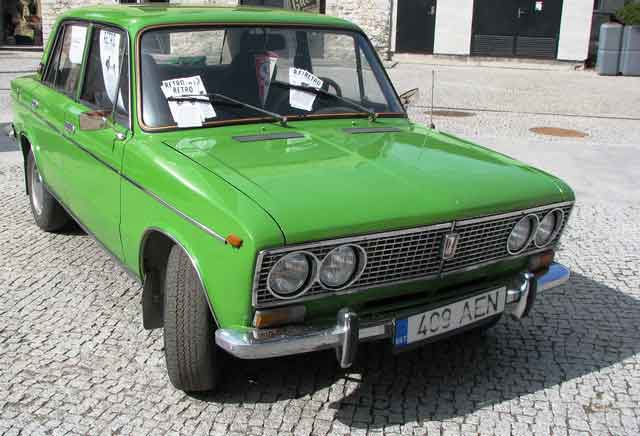 To put it kindly, the Lada is the hooptie to end all hoopties.  The engine is small and sputtering, taking you from 0 to 60 in 17 seconds, and topping out a lethargic 90 mph.  There’s no air conditioning, no radio, no navigation system, no power steering, and the doors range from difficult to impossible to open.

So, What’s the Big Deal?

For a time, classic Lada’s ruled the roads of Russia and were actually a status symbol.  They were also wildly popular across Europe and in Latin America.  With over 18 million sold (and despite consistently being considered as one of the worst cars ever manufactured), the Lada is one of the most popular cars in history.  Seriously.

In 2013, Lada stopped manufacturing their popular classic models.  If you’re lucky enough to find one of these jalopies in America (where they never actually made it to market), consider opting out of selling it for $64. Instead, have some fun with it!

Here’s five things you can do with a classic Lada that are safer than driving it.

Lada doors are notoriously difficult to open.  Rather than taking an axe to it, just remove the doors!
It’s a fairly simple procedure, but why not get a little creative..  Leave your doors wide open and let your friend ram into them with his or her car.  With repeated collisions, you’re sure to succeed.

Once the doors are off, the world, or the mud, is your oyster.

It’s nearly impossible to find any jokes online about Ladas being poor off-roading vehicles, and there’s actually a decent amount of footage of Ladas tearing up rugged terrain.  So tap into this unharnessed power of the Lada, get your vehicle off-road ready, and show off to all of your Jeep friends.

What the Lada lacks in amenities like AC and radio, it makes up for with a cigarette lighter!

Instead of taking off the doors, this time, we’re taking out the seats.  Again, a fairly easy process if you take your time and be careful.

Once the seats have been removed, plush up the space with plenty of blankets and pillows.  You can even hang sheets over the windows for ultimate privacy. Use the cigarette lighter port to hang up some string lights, throw in a cooler of your favorite beverages, stock up on snacks, charge up the ol’ streaming device, and you’ve got yourself a private living room, perfect for a man cave or for sweet, sweet isolation.

Remember 2006, when Canadians made curling cool in the Winter Olympics?  Get ready to make it even cooler.

In the Ural mountains of Russia, an insurance company came up with a novel way to get people interested in car insurance. Rather than using stones, the company used rusty, boxy, old cars called Okas.  Okas are similar to Ladas in terms of being the butt of every Russian auto joke, though, the jury’s out on which beater is best.

Each team nixed the traditional curling brooms (because that would be unsafe, apparently), and opted to simply run full speed with the car and let it go at the opportune moment. The teams made it seem as natural as your average game of bocce.

So gather nine of your best friends, take the engine out of your Lada to make it lightweight, and get to pushing.  Who knows, maybe you’ll be taking your Lada to the 2020 Olympics.

Pro tip: check the ice thickness before dragging your Lada out onto the surface.

You can get creative with this one.  Put your car in neutral, give it a gentle push on a not-too-steep downgrade (in an open field, not the street.  Safety first) and RUN, RUN, RUN!  Can you make it to the bottom before your Lada?  You’ve got a good shot.

Ladas are known to be slow to get up to speed.  Have a friend drive a Lada next to your bicycle as a pacemaker.  Depending on traffic, you may just edge out a win against a car on a bicycle, and who wouldn’t want bragging rights like that?

If you can manage to convince a friend to drive your bucket a second time (you may have to resort to asking a new friend), attach a rope to the rear bumper and skitch along behind on a skateboard or longboard for an excellent core workout.

Now if you’re a real meathead looking for a real challenge, put the Lada in neutral, attach a harness to your waist from the front bumper of the car, and pull.  That’s not the only way you can pull a car, though.  We’ll leave that final decision up to you.

Got 6 months and a lot of free time?  Russian father and son, Gennadiy and Sergey Kocherga, took it to another level when they created a working transformer out of an old Lada.  Truly, people will do anything with these once they’re done driving them.

If you’ve got the mechanical prowess – go for it.  Maybe next time, leave out the guns.

Bonus:  Have an Infamous World Leader you Dislike Try to Start it on Camera!

In hopes of not being sniped by Putin himself, we’ll just leave this here.