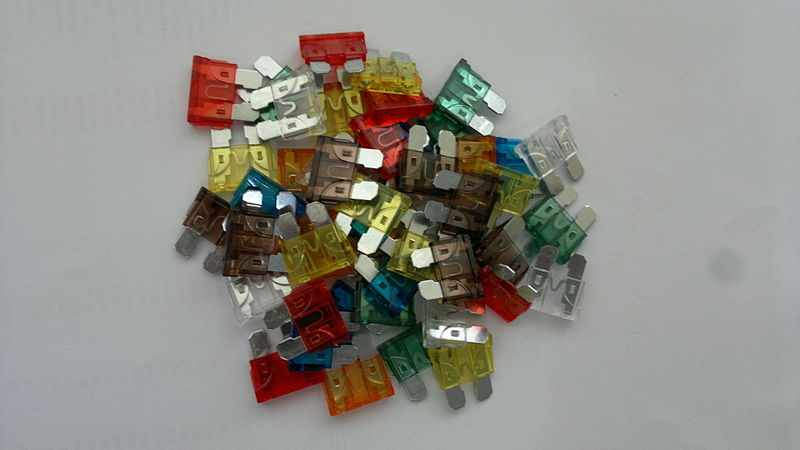 During the course of ownership of a car, there’s a strong chance that you may blow an electrical fuse. When this happens, it isn’t a crisis, it just means that an electric component in your car is drawing too much power and for safety, a fuse stops the flow of current. Engineers design cars to do this.

But how do you know if a fuse has blown? Most likely something will stop working. For example, it could be the backup lights, the turn signals, the radio, or even a headlight. Whatever the case, if a fuse blows, the device in question won’t work. The solution, of course, is to replace the fuse. “But I don’t know how to check fuses,” you might say. Relax, it’s easy and we will explain how.

In general, most vehicles on the road have two types of fuses. Older cars have glass, cylinder-shaped fuses with stainless steel caps on the ends. These types of fuses were very common a few decades ago and are rare now in cars. (You will still see them in a lot of other types of electronic equipment, though.) Today’s cars have a different style of fuse that uses colored plastic housing with the fusible link encased in the housing.

Once the fuse is singled out and removed, you need to determine if it’s blown. This is usually quite easy. For the older glass fuses as well as the new plastic ones like shown here, if the metal link inside the fuse is separated, the fuse is “blown”. If not, then it’s still good and can be reinstalled.

If the fuse is blown, the next step is finding a proper replacement. Some cars come with a supply of spares; otherwise, you’ll need to make a quick trip to the auto parts store to get some. The most critical element to replacing a fuse is using the same amperage rating as the blown one. If you look at the top of the fuse, you will see a number. This is the Amperage Rating. You want to replace a blown fuse with one of the same ratings.

So, once you determine the fuse is blown and procure a suitable replacement, it’s time to reinstall the new one. This is the easiest part although sometimes a fuse puller (usually provided in the fuse box) will help you.

Once you install the new fuse, start up your car and see if the component or system now works. If not, there is probably a problem with a component and a mechanic should be consulted.