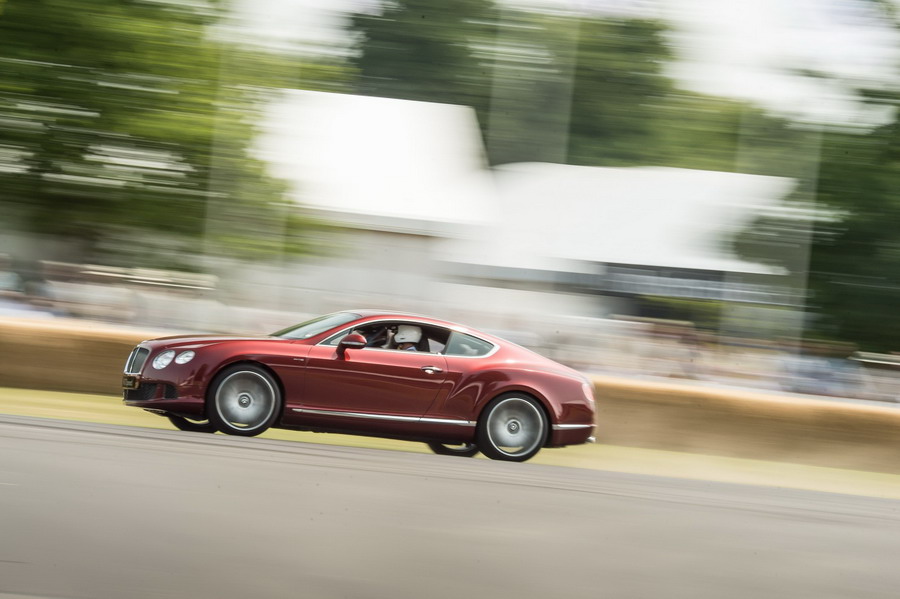 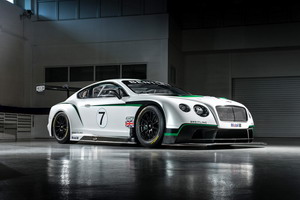 Bentley has been trying hard to promote some of their new cars and this time the British automaker has decided to debut their new Continental GT3  race car at the 2013 Goodwood Festival of Speed. The automaker claims that this race car is among the most iconic and fastest race cars that they have produced so far. Rolf Frech Member of the Board for Engineering for Bentley said that the new Continental GT3 makes use of the performance that is used for every Continental GT vehicle.

He also revealed that while configuring the race car Bentley has managed to reduce over 1000 kilograms of weight and have used the much popular 4.0 liter V8 engine that produces 600 bhp in race specification. It also offers aerodynamic package that adds to the overall performance of the car proving the superior potential of the car on the race track.

While the new Continental GT3 is powered by the 4.0 liter V8 twin turbo engine the power is transmitted to the rear wheels through a carbon fiber propshaft to an Xtrac six speed sequential transmission that offers limited slip differential. The paddles are mounted on the steering wheel which makes the overall driving experience better. The overall exterior design of the car maximizes downforce which optimizes the drag. Bentley designers have worked on every small aspect of the design like bonnet, bumper, fenders and sills that adds to the appearance and also optimizes the car’s drag coefficient and offer better cooling to the engine.