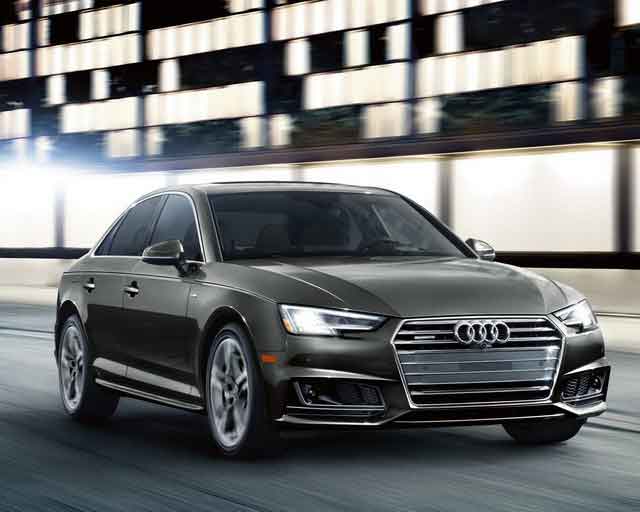 The year 2017 has shown us some amazing and awe-inspiring lineup of car models by various brands. Brands like Toyota, Audi, and Chevrolet among others have produced some of the best cars of 2017. Some models are upgrades with major improvements compared to their predecessors, while some are completely new models.

While most of them have been received well in the market, some of them have truly won the customer’s admiration and overall confidence. Therefore, they have rightfully earned their place in the list of the best car of 2017. Luckily, all of these cars are easily available in the UAE and for UAE car enthusiasts.

Criteria of Scoring Best Car of 2017

It’s one thing to admire a vehicle for its aesthetics, style, and heritage, it’s another thing to judge it completely for its road performance and reliability among other factors. There are some fixed aspects as well as tests that every car has to undergo in order to qualify as the best car in the world.

Cars are tested for various aspects ranging from instrumented track tests to assessments of comfort and convenience while driving them as a routine. It is also tested for reliability, in terms of the extent of trouble-free nature it has based on real-life problems including car breakdown, ease of repair, fuel economy as well as how consistent its performance can be over a period of time. Moreover, no car is best without having the state-of-art safety features in it and puts safety as one of its highest priority. Some of the basic safety features that a vehicle should contain in order to score better on their criteria include Forward-Collision Warning (FCW) systems or Automatic Emergency Braking (AEB) systems. Lastly, the overall satisfaction that the car gives to the owner is also judged.

After outlining the scoring criteria of the cars, let’s look at which cars finally made it to the list of the best car in the world. Each of the following cars have been taken from some of the major subcategories of cars in the automobile industry.

One of the highly-rated sedan for the year 2017-2018 is the Toyota Yaris iA. The model is said to be the full package in terms of design, performance, and other capabilities as a sedan. The exterior has a stunning profile, with a chrome-tipped exhaust to 5-alloy wheels, giving the Yaris iA a fresh angle. The interior contains premium quality materials and finish. The fold-down rear seats help in terms of larger cargo  For this model, Toyota decided to give various packages including the Whole Enchilada Package, the Min-iA- ture Package, the Full Trim Package and many more. 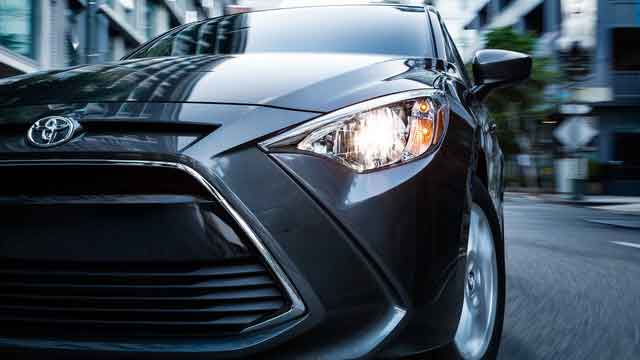 Under the hood, it contains the 1.5-liter four-cylinder engine that is capable of producing 106 horsepower with 103 lb-ft. of torque. It is paired to either a 6-speed manual or a 6-speed automatic. The Yaris iAhas offers a 7.0-inch touchscreen infotainment system, low-speed automated emergency braking, and Bluetooth connectivity as standard.

In terms of safety, it is laden with plenty of protection features that has allowed Toyota Yaris iA to gain its name. These safety features include Active Safety System, Low-Speed Pre-Collision System and Tire Pressure Monitor System among others.

The new Chevrolet Cruze made it to the list of best car of 2017 as it’s designed to be a perfect city cruiser. It is a sporty compact car that offers a unique blend of infotainment, amazing fuel economy and performance efficiency along with advanced safety features. 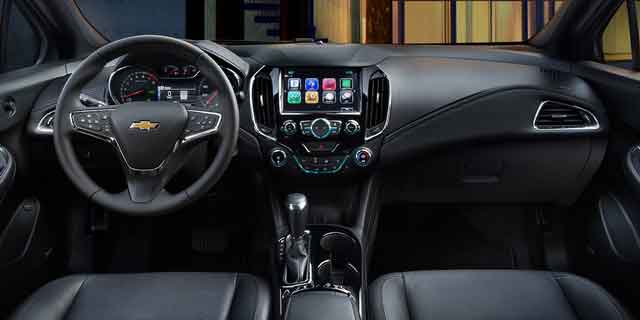 From the outside, it has a sportier look with its aerodynamic sculptured lines. In the front, it has the projector-beam headlamps with LED daytime running lamps for a better visibility during the ride. Inside, it has comfort and convenient features with premium heated front seats as well as rear seats. In terms of in-cabin technology, it has that stylishly advanced entertainment system including a 7-inch diagonal color touch-screen as well as 4G WI-FI availability among others. 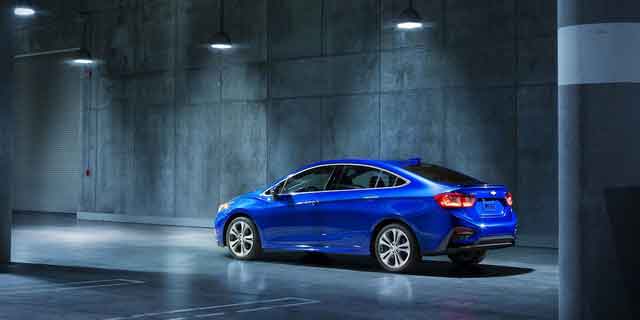 Under the hood, it hosts a 1.4-liter DOHC turbocharged engine that is capable of producing 153 horsepower and up to 40 mpg on the highway. The engine is paired with a standard 6-speed manual transmission and is aided with a standard Front-Wheel Drive. In terms of acceleration, it can achieve 100km/h in 11.5 seconds and bears a top speed of 195 km/h. All these specifications makes the Chevrolet Cruze an ideal sedan with amazing features.

One of the most highly ranked hybrids of the year, Toyota Prius is all about style, efficient performance and innovative technologies. As a result it had to be one of the best car of 201. Toyota Prius is designed and categorized as a compact hybrid sedan and the 2017 model is the fourth generation of the Prius lineup. Due to its innovative and highly fuel efficient hybrid technology, it has become the poster boy of the green auto revolution. 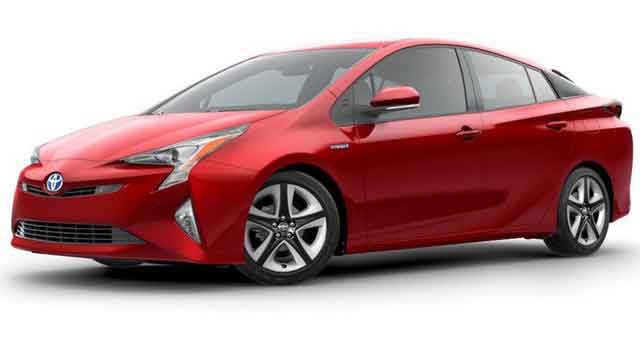 As a compact sedan, it has a touch of dramatic styling that reflects the engineering marvel of the Japanese car brand. In the front, it has Bi-LED elements in the headlights that supports fog lights and accent lights and at the rear there are well sculptured LED taillights. With a dynamic chassis, it stands tall in terms of being strong and sturdy. To complete its overall look, it is supported by 17-inch alloy wheels with a high polished chrome finish.

It has a futuristic interior that is laden with not only all the advanced technologies but also provides complete comfort and convenience to its occupants during the ride. It has a capacity to host 5 passengers at a time, providing only the best bucket seats there are, along with a view from the moon roof above. Driver can find all the controls on the wheels for maximum convenience and control.

In terms of its hybrid power train, it provides a staggering 52 mpg overall. It has an impressive handling with a double wishbone suspension as well as touring-toned suspension. With reduced cabin noise and a suite of safety features, no wonder the Toyota Prius has become a favorite smart car.

The Mazda MX-5 Miata is a roadster that is designed to give you a driving experience like none other. One of its striking features is the retractable hardtop. The engineering marvel behind the seamless folding of a hardtop in a small space is truly an accomplishment and something worth noticing. 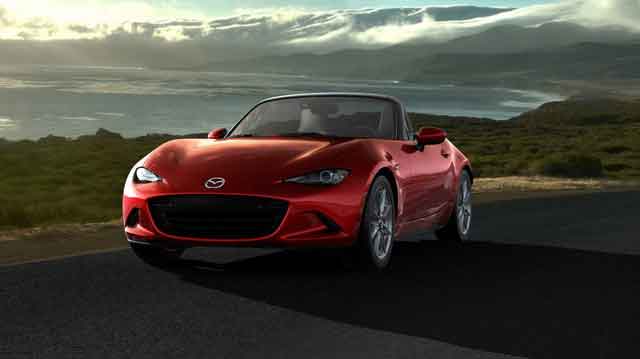 From the inside, it has two seating capacities, seats which are leather-wrapped and have a comfortable bucket design with a reclining feature. Some interior convenient features include automatic climate control, rear-window defogger, cruise control, keyless entry, dual visor vanity mirrors, Courtesy overhead light with dimming, and a 4.6-inch full-color LCD display for trip computer and roof status information.

The year 2017 has shown us some amazing and awe-inspiring lineup of car models by various brands. Brands like Toyota, Audi, and Chevrolet among others have produced some of the best cars of 2017. Some models are upgrades with major improvements compared to their predecessors, while some are completely new models. 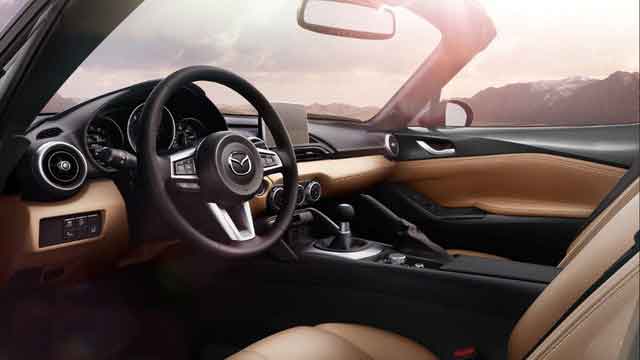 While most of them have been received well in the market, some of them have truly won the customer’s admiration and overall confidence. Therefore, they have rightfully earned their place in the list of the best car of 2017. Luckily, all of these cars are easily available in the UAE and for UAE car enthusiasts.

The new Kia Optima is a midsize sedan that is perfect for family buyers, with great handling and a pleasant power train. It has a long wheelbase that makes it stance wide, strong, and commanding. The front showcases a striking signature Tiger nose grille to make it more recognizable. There are sleek headlights that feature Dynamic Bending Light (DBL) and High Beam Assist for better visibility. 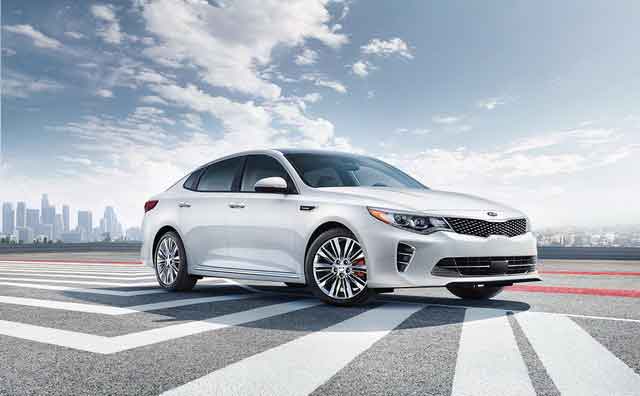 From the inside, the Optima has some ergonomic and sporty features. The cabin is quieter and more spacious with all the advanced technology. The steering wheels comes with leather wrapping for a comfortable feel.

Under the hood, it hosts a 1.6 liter Turbocharged engine with a 7-Speed Dual-Clutch Transmission (DCT) that is capable of producing 185 horsepower and 178 lb-ft of torque with a 6-speed automatic transmission. It also has some advanced technology that makes the owner’s life much easier while driving. These include Autonomous Emergency Braking (AEB), Surround View Monitor (SVM) for better parking, Advanced Smart Cruise Control (ASCC), and Forward Collision Warning System (FCWS) system to avoid accidents among others. 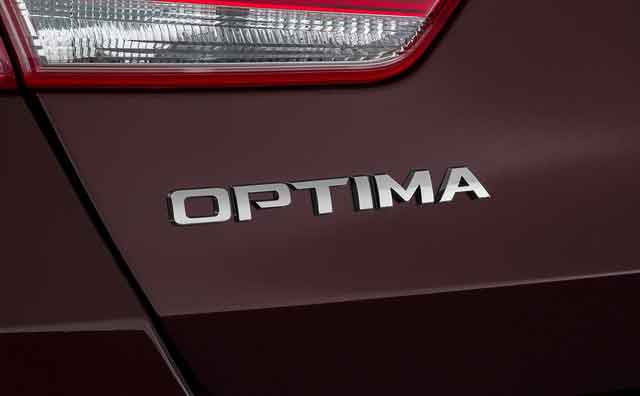 The Kia Optima is known for its outstanding reliability by showcasing some of the best and proven safety features. These include Vehicle Stability Management, Hill Start Assist Control, Tire-Pressure Monitoring, LATCH, and Internal Emergency Trunk Release among others. All these features make the Kia Optima a treat for sedan lovers out there.

So, if you are looking to buy the best car of 2017, in terms of reliability, safety features, and road performance among other essential features, here are some amazing picks of the year that you can consider.