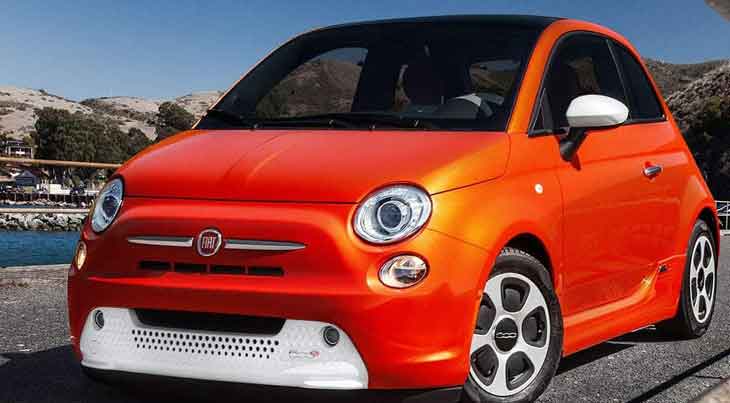 While electric vehicles have been around for decades, they’re only just now beginning to break into the mainstream.Tesla might have stolen a march on the mainstream manufacturers but Nissan, BMW, Renault, Volkswagen and a host of other brands are closing the gap. And fast.

Since most manufacturers now have, at least, one electric car in their lineup, I thought it would be a good time to take stock of the industry and pick out five of the best-looking all-electric cars out there.

Announced amid ongoing concerns over production of the Model 3, Tesla’s new Roadster hit the headlines with an almighty crash.

Blast from 0-60mph in just 1.9 seconds, they said. Whir onto a top speed of 250mph. Cruise for hours with a 620-mile range. It sounded too good to be true. Was this the all-electric sports car of our dreams?

Unfortunately, there’s one problem with the Tesla Roadster — the looks. You see, if you buy a Tesla Roadster, I guarantee that you’ll spend most of your time standing outside of it just staring at its beautiful curves.

Think I’m joking? Just look at it and tell me that’s not what you would do.

The Roadster’s design is beautiful. Its smooth, unbroken bodywork flows over the car’s chassis like you’re pulling a sheet of silk across it. The wheel arches and cockpit are the only elements that poke through, which gives it this terrific low slung organic aesthetic.

The detailing is equally fantastic. Razer thin headlights and angular front vents create this super sharp look from the front and big black vents give it a racy kind of look from the back.

The BMW i3 is an incredibly important car. You see, instead of adapting one of their already-successful internal combustion cars, BMW went back to the drawing board and designed the i3 from the ground up.

Because the i3 from scratch as an electric car, BMW’s engineers were able to account for the heavy batteries and small electric motor and keep the i3 handling like what it is — a Beemer! The steering is immaculate, the drive feels grounded and the motor has all the umph you need for both city and highway driving.

And then there’s the design.

The i3 looks like a car for the future. BMW’s designers have ripped up the rule book and gone with their guts. The modular front looks exciting and the rounded roof with suicide rear doors is super exciting.

The two-tone colour palette is a nice design feature that finishes the car off. Actually, it kind of makes the i3 look more like a new smartphone than it does a new car.

For as long as the Brits have drunk tea, Jaguar has produced outstanding British sports cars. Remember the curvaceous C-Type? What about the 212mph XJ220? Or the uber classy XJR?

Well, say hello to a new generation of Jag sports cars with the all-electric I-PACE.

The snub nose design — which they can implement because electric motors are substantially smaller than petrol or diesel equivalents — combined with angular front panels and big gaping grille gives the I-PACE an angry kinda look, which I absolutely love.

Jag’s first foray into the world of electric vehicles is big, bold and brave and when the I-PACE makes its commercial debt in mid-2018, you can bet that we’ll be there to test it.

My only worry is that the I-PACE is just a concept at the moment. And while Jaguar has promised that the production car won’t stray too far from the blueprint, we’ve seen too many great designs melt away when the accountants crunch the numbers.

You probably haven’t heard of Rimac. They’re a small, privately-owned car manufacturer based in Croatia and only set up shop in 2009.

For its first few years, Rimac focussed on refitting internal combustion cars with electric motors. Its first project — a modified BMW 3 Series — did from 0-62mph in just 3.3 seconds and held the record for fastest accelerating electric vehicle in the world.

After five iterations, there was basically nothing of the original BMW left so Rimac began developing a new car from scratch.That car was the Concept_One.

The RImac Concept_One is a tremendous beast of an electric car. It’ll blast from 0-62mph in 2.8 seconds and onto a top speed of 189.5mph! And it’ll do 372 miles on a single charge so it’s also kind of practical.But that’s not the best thing about it. That would be the looks.Just look at it. It’s like a breath of wind. Silky smooth with sweeping lines and as low-slung a chassis as you’re likely to find.

It’s a hunkered down racer but still looks sophisticated — something few other supercars can manage.The worst thing about the Concept_One is that just 88 were planned. And, since Richard Hammond of Top Gear wrote one off, that leaves just 87.I guess we’ll just have to wait for the Concept_Two before we get our hands on one.

After four state-of-the-art luxury cars, a small Italian city car sticks out like a sore thumb. And unlike the rest of the cars, it’s an electric car built on top of an internal combustion platform.

But that isn’t necessarily a bad thing. (Yes, I know that goes against everything I’ve said before.)I think it’s a great thing that manufacturers are experimenting with what a car can look like. If BMW had built the i3 and wrapped it in the bodywork from a 1 Series, it wouldn’t be nearly as good.But that doesn’t mean every car has to be a complete revolution.

The Fiat 500e proves that new electric vehicles can continue old ranges with new engines and retain a sense of coherence.The all-electric 500e looks just as cute and colourful as its petrol-powered predecessor and it feels just as fun to drive. And that’s a huge accomplishment for Fiat.