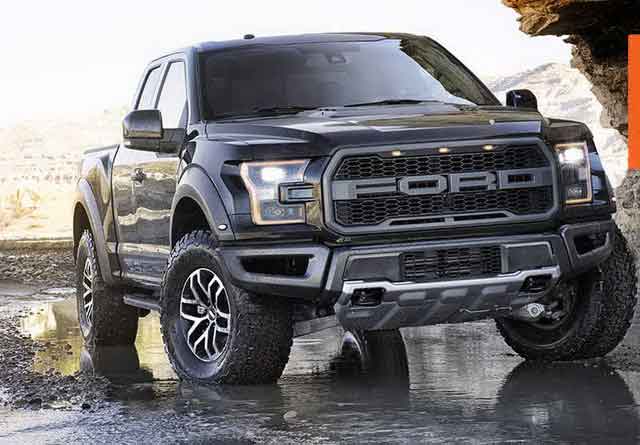 Trucks continue to be one of the most preferred vehicles in the US due to their versatility, impressive design, capability and a powerful drive.

Though 2017 is still a few days away, but most of the automakers have already launched their pickup trucks for 2017 model year, which puts buyers in a serious dilemma selecting the best among the lot. We have prepared a list of the 10 best pickup trucks for 2017, which will certainly help you in buying your next truck.

Starting at a price of $20,940, the 2017 GMC Canyon is one of the most affordable pickup trucks in the United States. It carries a 2.5L four cylinder engine paired with a 6-speed manual gearbox, yielding 200 horsepower and 191 lb-ft of torque. The 2017 Canyon features some amazing facilities including an 8-inch infotainment display with Apple Car Play and Android Auto, voice commands, Bluetooth connectivity and more.

Built by the Japanese automaker, the 2017 Tacoma is equipped with a standard 2.7L 4-cylinder engine churning out 159 horsepower and 180 lb.-ft of torque. It has a phenomenal off-roading capability with CRAWL function and latest technologies including Qi-compatible wireless smartphone charging, Entune audio system, integrated backup camera and more. The 2017 Toyota Tacoma starts at $24,120.

Boasting a bold exterior design sporting a striking front grille and a muscular body kit, the 2017 RAM 1500 is an excellent choice in the light duty pickup truck segment. It carries a 3.6L gasoline engine generating 305 horsepower and 269 lb.-ft of torque. Additionally, the 1500 Ram features off-roading equipment such as air-suspension system and a rotary knob controller for 2WD and 4WD driving function. The price starts at $26,395.

Talking about full-size pickup trucks, the 2017 Ford F-150 tops the list. Besides a dominating design, it offers a relentless drive, thanks to the 3.5L V6 engine supplying 282 horsepower and 253 lb.-ft of torque. The 2017 F-150 has a towing capacity of 7,600 pounds and its standard four wheel drive system is flexible enough to adjust according to different terrains. It cost $26,540.

There is no one beating the 2017 Chevrolet Silverado when it comes to powertrain. It houses a standard 4.3L V6 engine, while customers can also opt for the mighty 6.2L V8 unit with 420 horsepower and 460 lb-ft of torque. The 2017 Silverado includes a comfortable cabin, advanced interior features in addition to the high-end safety facilities such as rear vision camera, hill start assist, StabiliTrak with Trailer Sway Control and more. The base model starts at $27,585.

Having a sporty design and an impressive 280 horsepower, 3.5L V6 engine, the 2017 Honda Ridgeline is an ideal truck for those who require both style and power. It is available in 2WD and 4WD configurations and also hosts a number of latest technologies encompassing a standard rearview camera, Honda Lane Watch, Blind spot visibility and more. The 2017 Honda Ridgeline starts at $29,475.

Built on the lightweight and high-strength steel frame, the 2017 Toyota Tundra offers a combination of luxury and ruggedness. The interior boasts high-end features including leather seats, 7-inch touch display, Bluetooth connectivity, dual zone climate control and the premium Entune audio system. The 5.7L V8 powertrain spawns 381 horsepower and renders a stunning performance both on-road and off-road. The price starts at $30,020.

Now available in the new single cab body style, the 2017 Nissan Titan features a robust 5.6L V8 engine that creates 390 horsepower and 394 lb-ft of torque. It boasts a maximum towing capacity of 9,730 lbs. and can carry a payload up to 1,940 lbs. The interior extends a 5-inch touch display with six speaker audio system, Bluetooth connectivity and USB support. The 2017 Nissan Titan starts at $36,290.

The 2017 Ford F-150 Raptor is designed to take off-roading performance to the next level. It carries a spectacular 3.5L V6 engine bringing in 450 horsepower.

The 2017 Ford Raptor showcased the amazing off-roading capabilities at the 2016 BAJA 100 Racing series. It is expected to arrive in December this year wearing a price tag of $48,325.