Even though everybody dubbed BMW a luxury vehicle manufacturer, nobody quite had this pinned. New to the 2018 auto market, BMW has released the very first production example of the new 8 Series sports coupe and it has well and truly left many in complete awe at even just the sight of it; but just how good is it and is it capable of living up to our every expectation? Let’s find out.

Oh, are you confused by the name too? Well, reassuringly, ‘8 Series’ means nothing more than the reason behind the standard name of the other models on the production line; which nobody really knows, unless you’re an expert in cars. But for now, let’s just put that one aside. The 8 Series is indeed one of BM’s very few sport edition coupes, which is exactly the reason it’s set to be so popular in the UK upon release. 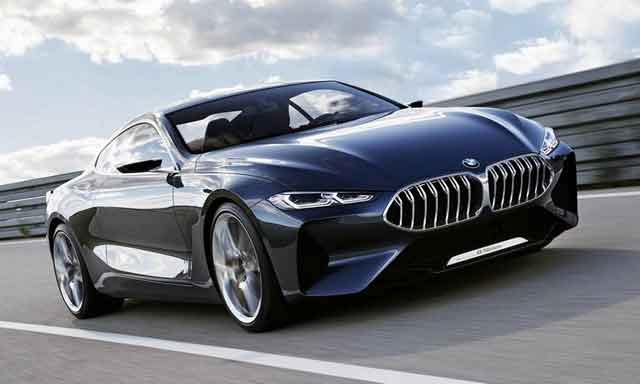 Much like every other BMW car, this one is flawless inside, just as we’d expect it’s going to look on the outside too – only time will tell. Since the 8 Series was partly developed in North Wales, the car responds well to the demanding roads, sharp turns, twists and country curves, making it perfect for track days; while at the same time, the 8 Series can prove capable of a tackling a tiresome everyday commute too. Although most would expect it to look very much the same as any other ordinary track demon, the 8 Series takes a subtler approach to that segment, with its rather fancy looks and stunning curves. On the road, it’s ever likely to raise a smile at speed; the 8 Series is estimated a top speed of 155mph, reaching 62mph from 0 in just 3.7 seconds flat.

Buy one, don’t buy one; the choice is entirely your own. But what we can gather is that the 8 Series is far greater than any other BMW model on the market, and if you just love the thrill you get speeding along the open isolated roads, then you’re in for a treat with the youngest member of BM’s family. While BMW has mostly catered to the family and business market, the 8 Series is no car for the weak and restless – brace yourself. Essentially, it’s highly recommended that, if you’re a family driver, you steer clear and opt for an estate example instead. But for those who live and breathe the open road, you should buy one!