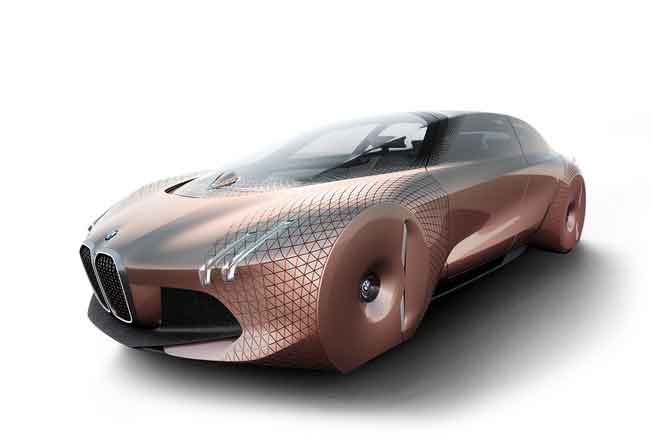 BMW believes the car of the future will look – no surprise here –  as if it drove out of a sci-fi movie. The Vision Next 100 concept, which could have starred in I Robot instead of the Audi that scored the role, was the centre of attention as the company celebrated a major milestone in Munich this week.