Hyundai Motor India, the second largest car maker of the country has quietly launched the updated 2017 Hyundai Grand i10. The Grand i10 has been a hugely popular model from the stable of Hyundai India. The Grand i10’s market competition has been getting very tough. It always had the very successful and one of the most popular hatchback models in India, the Maruti Swift as its primary rival among others. Now, Maruti Suzuki is expected to bring in the new generation Swift towards the end of this year with completely new design language and a whole bunch of all-round improvements. This will certainly increase the charms of this massively popular car in India. Moreover, Maruti Suzuki, which is India top car maker and Hyundai’s arch rival, has also launched the Ignis tallboy mini hatch-over in January 2017, and the Ignis is also expected to dampen the demands for the Grand i10. The Hyundai Grand i10 has been giving a tough fight to the Swift, but now the situation is definitely tougher for this capable car.

The new 2017 Hyundai Grand i10 has come with subtle but good changes and updates, which makes it sportier on the outside and smarter on the inside. The new updated Grand i10 comes with cosmetic changes as well as extended features list. The new 2017 Hyundai Grand i10’s price range starts at Rs. 4.58 lakhs for the base Era 1.2 Kappa VTVT Petrol Manual model, and goes up to Rs. 7.33 lakhs for the top of the range Asta 1.2 CRDi Diesel Manual variant (all prices, ex-showroom New Delhi). Thus, it can be understood that the entry level Era model of the Grand i10 has become more affordable, while the range topping Asta model trim has become dearer, as it comes packed with additional new features.

Here, we are taking a look at the top 5 things about the new 2017 Hyundai Grand i10 facelift. Read on:

The styling of the new 2017 Hyundai Grand i10 facelift has drawn inspiration from the new European-spec i10 which was also unveiled recently. The new refreshed Grand i10 flaunts a new ‘cascading’ hexagonal design for its front grille which is in line with the new car lineup from Hyundai, new horizontal LED Daytime Running Lights that have been placed next to the car’s fog lights. The car’s new fog lamp enclosures look similar to that of the new Elantra premium sedan. When it comes to the rear design, the car gets an all new bumper design along with a thick black strip which houses the rear fog lights. When it comes to the side profile, the refreshed model flaunts new rubber strips as well as new stylish alloy wheels. The stylish, smart and neat looking Grand i10 has thus become all the more stylish and sportier in its updated model.

The dimensions of the updated Grand i10 remain almost the same, which means the refreshed model is 3,765 mm in length, 1,660 mm in width and 1,520 mm in height, while the wheelbase measures the same as before at 2,425 mm. The overall length of the Grand i10 seems to have been slightly increased owing to its new bumper design. The compact hatchback comes with a ground clearance of 165 mm and offers a good boot capacity of 256 liters. The car also has a healthy fuel tank capacity of 43 liters.

The Hyundai Grand i10 has been always loved and praised for its neat, well-laid, roomy cabin, and now in the 2017 updated model, it has improved even further in terms of features. The new facelift model offers the same stylish and spacious interiors. The nicely styled dashboard of the car has been retained from the previous model. The features list which was already impressive has now improved in the new model and the hatchback now offers some very important additional new features, the most noteworthy among these include a new 7-inch touchscreen infotainment system along with navigation and automatic climate control system. The new model continues to impress the prospective buyers with its good quality spacious cabin and overall good fit and finish. 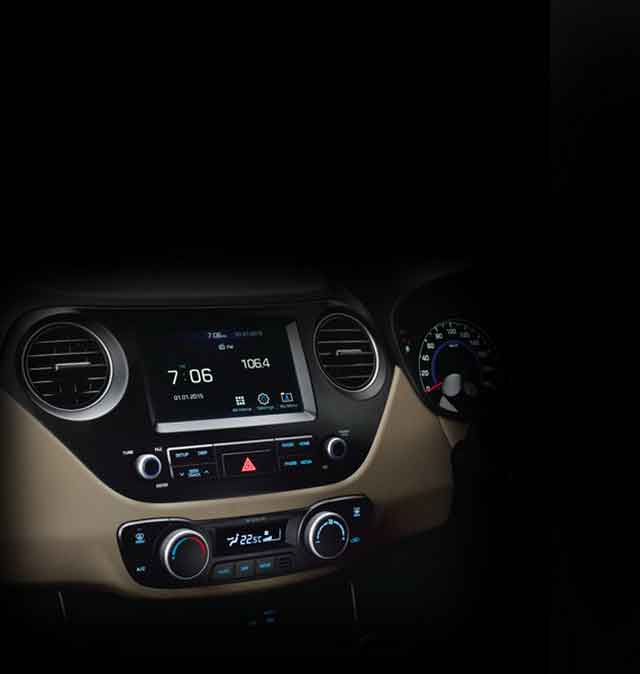 Here’s a look at the new additional feature additions to the new 2017 Hyundai Grand i10 facelift; the particular model trim is also mentioned: 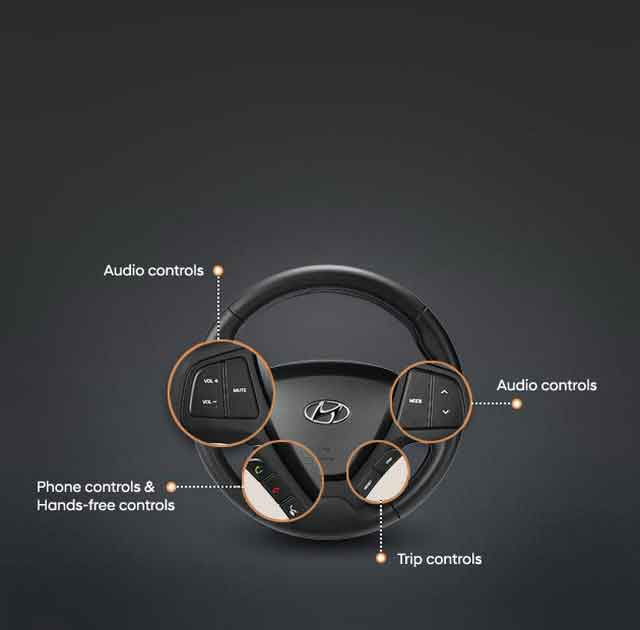 The important new additional features along with the standard airbag safety feature make the facelift Grand i10 all the more attractive. 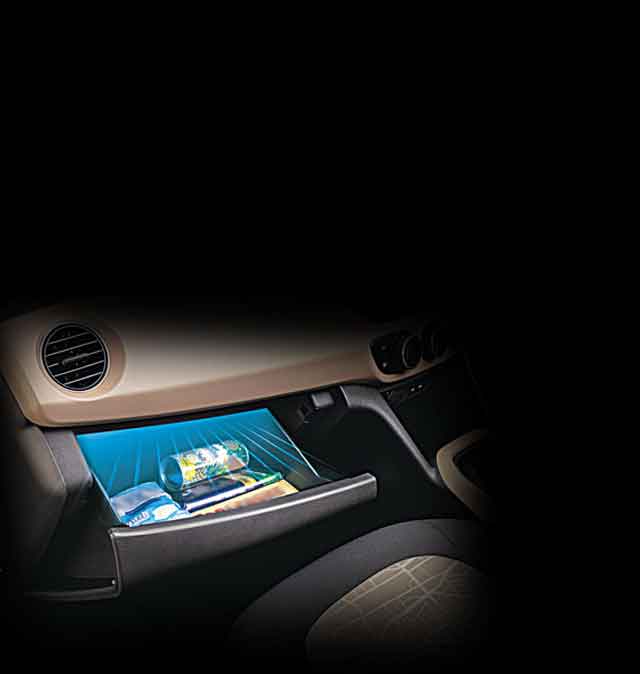 The new updated Grand i10 has received all-round improvements and upgrades and it is much more than a mild facelift. This is because the car has got under the hood updates as well which is generally not found in facelift versions. While the petrol engine of the car has been carried over from the last model, Hyundai has introduced a new more powerful 1.2-liter diesel motor which offers more power and torque figures than the older models 1.1-liter diesel mill. Transmission options have been retained from the older model, which means a standard 5 speed manual transmission gearbox for both the petrol and diesel engine variants, while the petrol engine also comes with a 4 Speed Automatic transmission gearbox option. 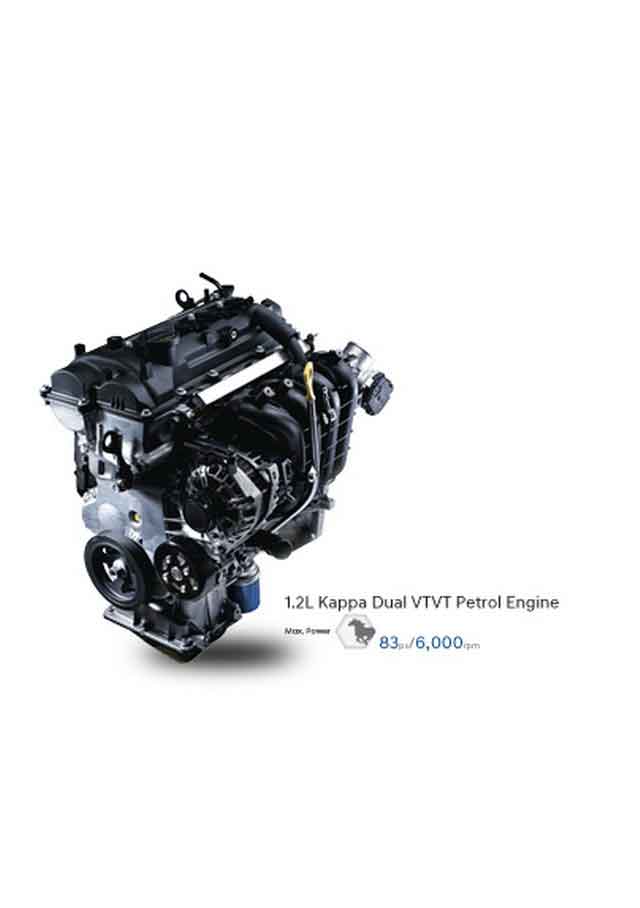 To top it all, both the petrol and diesel versions of the new updated 2017 Hyundai Grand i10 now offer better fuel efficiency. The Grand i10 facelift has slightly more frugal than before and its Petrol version now offers a fuel efficiency of 19.77 kmpl which has increased from 18.90 kmpl. On the other hand, the new more powerful diesel engine offers a mileage of 24.4 kmpl up from 24 kmpl.