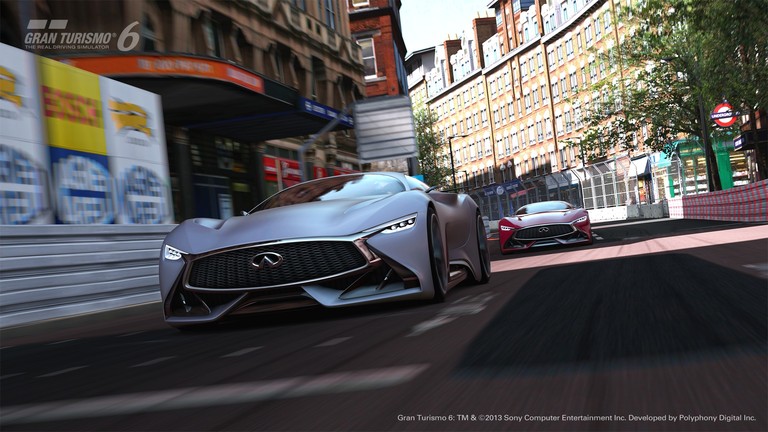 What started as an ambitious global Infiniti Design competition has finally come to its end as Infiniti lifts off the virtual covers to reveal the Infiniti Concept Vision Gran Turismo model that will be available for Gran Turismo racing game. This racing game franchise has already sold more than 72 million copies and users can download the new car in the Gran Turismo 6 that is exclusively available for PlayStation3 system.

Infiniti revealed that the entire journey was quite exciting as the winning model was born from the theme that was put forward by Infiniti’s Design team in Beijing. The process started from a scratch with hand sketching and then refining the car model through computer and software. There were several technical calculations that were made when the car was being designed and designers were also focused on the aerodynamics and engine performance. Infiniti said that automotive gaming enthusiasts will be able to discover the performance when they download the vehicle and race it on some of the popular race tracks.