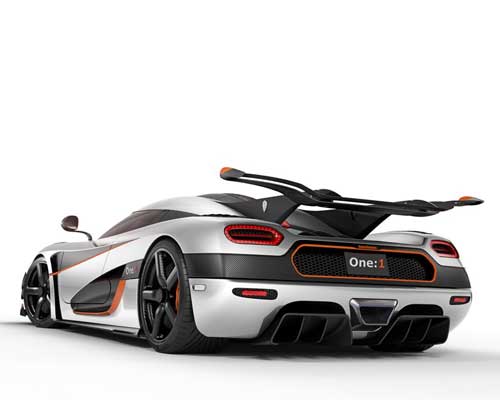 The Swedish builder of super-cars has discreetly announced that Agera RS will make its first appearance at the Geneva motor show that is coming up soon.

The Agera standard model along with its twin-turbo as well as 1115bhp V8 power-driven engine easily manages utmost speed of 250mph. One of the amazing feature is that it can in around 17.68 seconds reach to 200mph.

Mystery behind Agera RS still remains with the company not disclosing anything. All that they have shared is the teaser representation with an image. We expect that 1,340bhp Koenigsegg with RS would include more tech inspired by Le Mans weapon from G-force. With an additional wind up power because 1,115bhp is really perambulator.

Considering Hennessey’s Venom that comes at a absurd 1,244bhp, the latest offering from Hennessey Venom F5 plans to have 1,400bhp. Even Bugatti manages to pack a whooping 1,200bhp in GSV appearance.

We will bring in all the updates with new supercar as and when we get something from the sources.