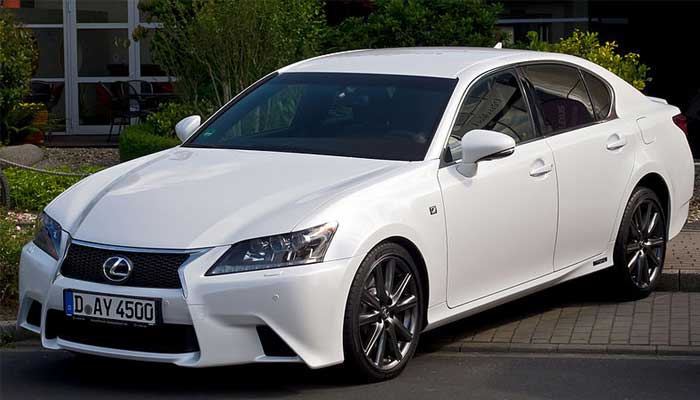 There’s no denying that there are plenty of choices out there for the executive motorist. From the BMW 5 Series to the Audi A6, it seems there’s something for everyone! But, one model that may not yet have caught your eye is the Lexus GS Saloon.

The Toyota-owned company have made some headway in recent years, and now they want to dominate the executive car market. Of course, the question is this: should you consider getting a Lexus GS Saloon? Here are a few reasons why you might want to do just that!

Perhaps the most obvious fact about the Lexus GS Saloon is that it’s not a German-built car! As you probably know, Lexus and its parent company Toyota are Japanese.

Most executives tend to lean towards cars from the “big three” (Audi, BMW and Mercedes-Benz). So, it makes a refreshing change to have a choice from another part of the world.

Ask any former or current Toyota owner and they’ll tell you how reliable their cars have been so far! The car maker prides itself on stringent quality control checks and, as such, their cars last the distance.

Lexus models like the GS Saloon continue with that happy trend. According to Debbie from Inchcape Lexus, many German car drivers are making the switch to Lexus because of that fact. After all; just because a car got made by the likes of BMW doesn’t mean it’s going to be well-built!

It’s no secret that the Japanese have their take on what motorists deem to be a stylish vehicle. The good news is that their research has paid off, because the GS Saloon is one of the best-looking executive motors out there!

The current generation Lexus GS Saloon got a fresh new look and sports a meaner front end stance. Its distinctive look makes it an attractive choice for both fleet managers and private buyers alike.

As you might expect from a car that got built by a Japanese car maker, the Lexus GS Saloon is packed with next-generation technology. Take the air conditioning system, for example. It uses sensors to determine if a seat is occupied or not so that it can save energy!

The large multimedia display on the dashboard is controlled by a trackpad, similar to what you would use on a laptop computer. I think the Lexus GS Saloon is perhaps the first car I’ve seen with such an arrangement, but it seems to work well without being distracting.

Plenty of extras as standard

An executive car demands to have the best technology. The sad truth is that the Lexus GS Saloon’s rivals often make you pay extra for them! However, the good news is that you get plenty of kit as standard in this car.

All trims come with front and rear parking sensors, a welcome addition to such a large vehicle. Automatic Xenon headlights ensure your path is well-lit, whatever time of the day or night. And a Bluetooth DAB digital radio head unit offers a plethora of music options.

So, when will you go and take out the Lexus GS Saloon for a test drive?