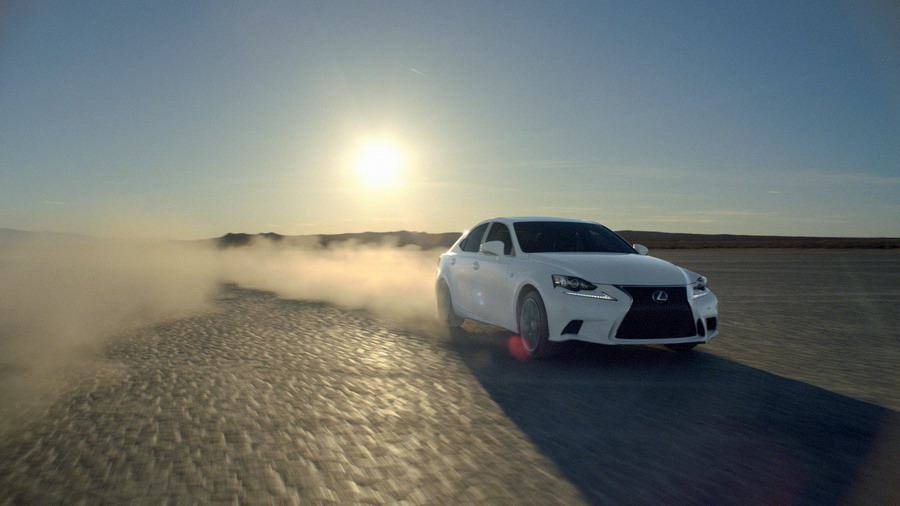 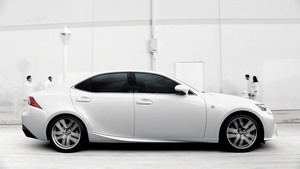 There has been lot of rumors and speculations surrounding the new Lexus IS sport sedan which is the third generation IS sedan. The automaker has now made an announcement that they are all set to launch the 2014 IS sport sedan that will introduce the bold new design and the new signature spindle grille. The sedan will also be the first to have separated LED Daytime Running Lights. Lexus claims that they would like to introduce better vehicles that looks aggressive and have powerful road presence and offer stronger brand identity. 2014 IS sport sedan will be available in eight colors to offer more variety to the consumers.

To make the launch successful Lexus has debuted three new television spots comprised of iconic, stylized visuals and designed to be provocative. Lexus believes that this is a different way to market and promote the new sedan that will capture the emotions engineered to built the sedan and introduce it to the customers. The sedan will be available in two packages for the consumers. The IS 250 will be powered by 2.5 liter V6 engine that will produce 204 horsepower and 185 lb feet of torque. The engine will be mated with six speed electronically controlled transmission that features sequential manual shifting mode.

On the other hand, the second package IS 350 will have 3.5 liter V6 engine with D4-S direct and port fuel injection. The engine generates 306 horsepower and 277 lb feet of torque. The all new IS 350 gets eight speed Sport Direct Shift automatic transmission. The new Lexus IS sedan will also have safety features including Pre-Collision System which incorporates Adaptive Cruise Control. The sedan will also have other safety features like Automatic High Beam, Lane Departure Alert, Blind Spot Monitor, Rear Cross Traffic Alert and automatic tire pressure monitoring system. It will also have ten SRS airbags and ultra high tensile steel body structure that absorbs the jerks during collision.