Do You Have a Lost Key Strategy? 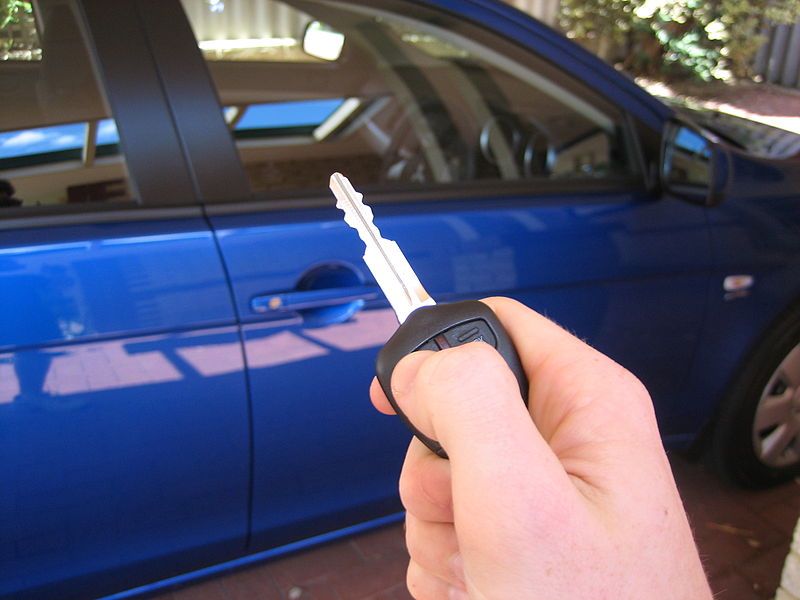 Anyone that owns a car knows that car keys have a very annoying habit of getting lost. At times it may seem that they are actually living creatures and deliberately disappear just to have fun with you. In the old days, there as a solution to this sort of thing: visit your local hardware store and get a bunch of spare keys made up. Today, it’s not quite so easy because backup keys aren’t just a couple of bucks anymore, in fact, they are most likely a couple of hundred bucks. What you need is a good “Lost Key Strategy” and this depends on what sort of key you have.

The basic car key, which was common up until the mid-1990s, has no security feature other than its unique shape. The shank, which is the long metal part of the key, has cuts and grooves like a house key. It’s easy to copy these keys. A locksmith doesn’t need any extra equipment, he can use the same key replicating machine he uses to cut other keys. A basic key will cost $2-$3 to cut. Ah, the good old days.

On many modern cars, an electronic key fob (also known as a key remote) is an integral part of the key set. You still had a key but a small electronic key fob allowed you to open the doors or sound an alarm. The cost of replacing an electronic fob can range from $50-$100, depending on the make of the key. You can beat this cost by purchasing a universal fob ($25 and up) and using your existing factory fob to program it. The process is similar to cloning TV remote controls.

After the late-1990s, manufacturers really kicked up the security by began placing a “transponder chip” in the plastic head of the key. The chip emits a wireless signal to an “immobilizer” receiver in the ignition. If this immobilizer circuitry detects that the wrong key is in the ignition — the vehicle will not start. It’s a very secure system. All dealerships have the machines necessary to program this sort of key but the keys are expensive, often $150 or so.

The keys themselves got more secure when they became “sidewinders”. The shanks of sidewinder keys look very different from the old sculpted style of keys. The shank is usually thicker and has deep slots engraved into the sides. The machines needed to cut these keys are more expensive than a standard key-cutting machine so they are not as likely to be found at every locksmith or hardware store. This is usually an item you need to get copied from a factory authorized dealer and, yes, they aren’t cheap.

And then metal keys went away altogether. Smart Fobs operate like keys but not shank-styled keys in the traditional sense. They are like little plastic remotes that you use to open your car doors and start the engine with the press of a button. A smart fob’s main form of security is its ability to use rolling security codes. The system randomizes the correct code and prevents thieves from hacking it through the use of devices called code grabbers. Smart Fobs are items that need to be purchased from factory dealerships and can be $200 or more.

So back to our original premise of a lost key strategy; it’s pretty simple, get a spare and keep it somewhere where you can easily get at it. We know what you’re saying, “It’s too expensive.” Well, that may be true but consider this: if you want to see what “expensive” means: lose your car keys when you are out of town and then have your car towed to a factory dealer to have a set of electronic keys made. This could cost you $500-$800, and a day or two of your time. Take our advice, get a replacement key or smart fob on your own terms now and have it ready just in case Murphy’s Law hits.