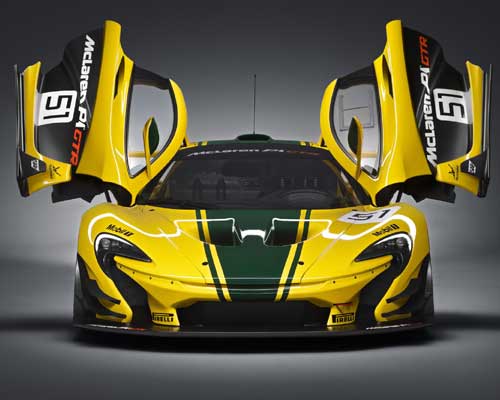 The final form of the much awaited track-focused P1 has been unleashed by McLaren, which means buyers can soon expect deliveries. The formal debut is scheduled for the grand event 2015 Geneva Motor Show on March 3, 2015, where the other expected 675LT, which also happens to be a part of the mid-level Super Series.

The revealed P1 is only the track-only version and comes with the GTR badge that has been iconic in series produced by the British automaker. Since last year, P1 GTR has gone many changes and modifications for cooling, as well as, aerodynamic performance. The awaited new new P1 GTR will be capable of more power, downforce and weighs lesser than the P1 on which it is based.

It comes with the electric motor and ‘twin-turbo 3.8-liter V-8’ from P1, which have been revised for track performance with many components being replaced. A few parts in the new P1 has also been removed for weight considerations.