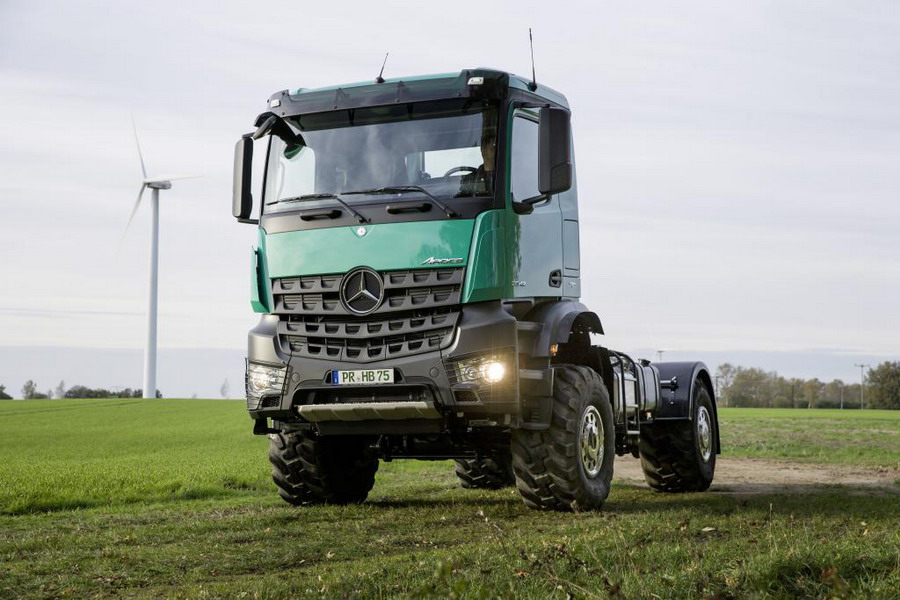 is showcasing the latest special truck of its popular range, Unimog, in the Agritechnica, which is presently being held at Hanover, Germany, and will close on November 16, 2013.

Agritechnica is one of the world’s leading exhibitions of agriculture machinery and equipment, allowing manufacturers from different parts of the world to display their latest technologies.

The new Unimog happens to be the first implement carrier that works with Euro VI standard of emission for trucks. Based on the new Mercedes Benz Arocs, another special agricultural truck is also being presented in the exhibition.

BlueEfficiency Power engines, which were introduced earlier this year, have been used in the Unimog implement carriers. The range of BlueEfficiency Power units consists of two six-cylinder engines and three four-cylinder engines which can produce output of 156 horsepower to 299 horsepower. One of the highlights of these engines has been brilliant fuel economy, helping a customer save about three percent.
Performance and fuel economy are of utmost importance in the agriculture industry. In Germany alone, agriculturists transport more than five hundred million tons of vegetables, fruits and other crops to distant regions in the country.

An exceptional level of emission control allows the Unimog to perform more economically without compromising on performance. Mercedes’ engineers have worked immensely hard to make it compliant with Euro VI.

The entire Unimog series can be identified at first glance due to its extra-ordinary design. In the new Unimog, the short bonnet’s windscreen vipers have been placed above the windscreen. Through the new front camera monitor system, the overall view of road as well as of the implements has been massively enhanced. Bi-halogen head lamps with daytime running lamps are a part of the improved bumpers in this model.

The new agriculture version of Mercedes Benz, the Arocs 2042AS is also living up to its potential. The Arocs with 310 KW and permanent all-wheel drive can be ideally used to deliver massive cargo volumes at high speed and efficient performance. One of the major reasons behind this exceptional level of performance by the new Arocs has been the latest high-torque configuration.