Should You Fill Your Tires with Inert Gas? 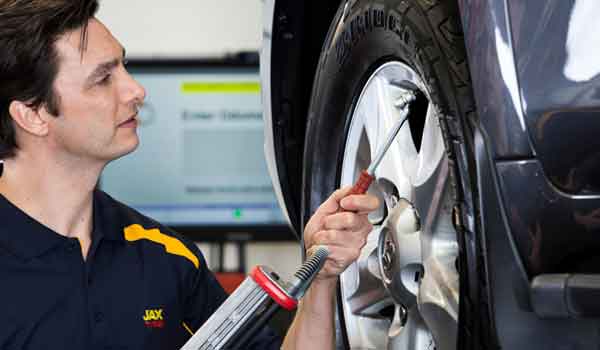 Not all car tires are filled with regular air, some are filled with nitrogen. If you ever walk by a car and notice that the valve stems have green caps, you’ve probably seen a car with nitrogen in its tires. If you are like us, though, you are probably wondering why this is even being done. Well, we did some research and here’s the story:

Nitrogen is called an “inert gas” by scientists because it has doesn’t react (chemically change) much with other substances. That’s the “inert” part. Contrast this with oxygen, which is a highly reactive gas and tends to react (change) with just about every substance out there. Best example: oxygen turns steel into rust -a detrimental chemical reaction involving automobiles if there ever was one.

Well, someone some time ago reasoned that by filling tires with chemically inert gas, like nitrogen, you would have a sealed environment where no “aging” ever occurs. There would be no chemical reactions and the inside of a tire would be permanently “new”.   Pretty neat idea, and it has other advantages too.

Over time, tires filled with air gradually lose pressure. Tires filled with nitrogen, on the other hand, tend to maintain pressure longer. This is because nitrogen has larger molecules than oxygen and this makes them less likely to seep out through the permeable tire walls.

This advantage is essentially a corollary to the above item. The EPA says that under-inflated tires can lower gas mileage by 0.3 percent for every 1 psi drop in pressure of all four tires. Since most Americans drive with underinflated tires, this can add up quickly. The theory is that since nitrogen loses pressure at a slower rate than air, you are more likely to be at the correct psi and therefore get better fuel economy.

Air has moisture in it – just think about the weather when “the humidity is high”. So, when you add compressed air to the tire, a small amount of humidity comes along for the ride. Basically, because your tires have moisture in them, rusting and corrosion can occur. The theory is because pure nitrogen doesn’t have any moisture in it, the internal environment inside a nitrogen-filled tire is absolutely dry.

Where do you get it?

Many car dealers are offering nitrogen as an “upgrade” on tire service. You may be able to find nitrogen fills at tire retailers also. Prices for this will vary, of course, but recently we have seen this being some $8 to $10 per tire. When this article was written, Costco was offering nitrogen fills as a no-cost feature with tire service. For more information, contact your local car dealer or try Googling for auto shops in your area that offer nitrogen tire fills.