The Porsche Taycan shook up the EV market when it hit the roads last year. Soon after its launch, car enthusiasts started comparing it with its biggest rivals, Tesla Model sedans. And obviously, the two cars which could give a tough time to Taycan are the Model S and the Model 3. Comparing the Model S P100DL with Taycan, spec by spec, the former will beat up the Porsche’s first electric model. However, today, we will pit the Taycan against the Model 3 Performance – the range-topping version in the lineup – and find out which one is better.

The Taycan first showed its face in concept form at the 2015 Frankfurt Motor Show, and the production version was revealed at the same show four years later. 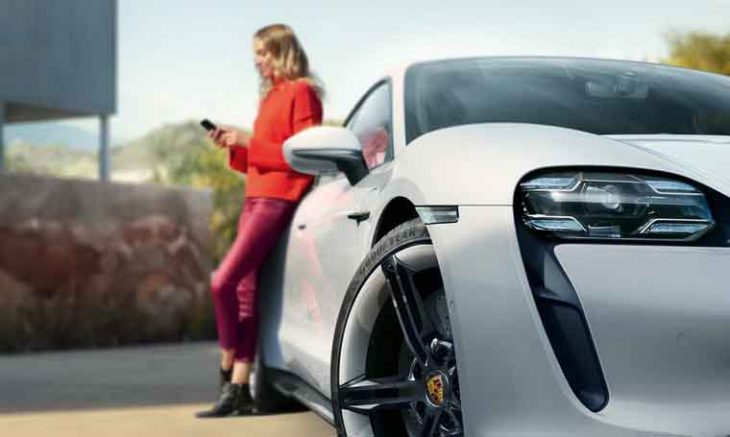 It is available in three trim levels: base 4S, mid-level Turbo, and the range-topping Turbo S. All the variants are powered by two electric motors (one at each axle), however, the output varies. The entry-level 4S generates 429 horsepower while both the Turbo and Turbo S yield 616 horsepower. However, applying the “Launch Control” enables the Turbo S to deliver more power.

Considering the different outputs, the performance figures are bound to differ. The 4S can accelerate to 60 mph in less than four seconds, while the Turbo variants can cover the same distance in only three seconds. The 4S maxes out at 155 mph and delivers 203 miles of EPA-estimated range. All models mate to an all-wheel-drive system.

Despite the electric powertrain, the Taycan drives like any other Porsche, especially with Normal and Range modes, it feels like a typical luxury sedan. 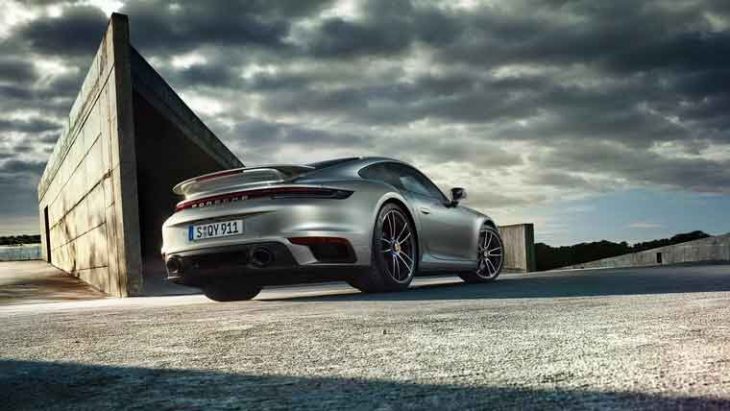 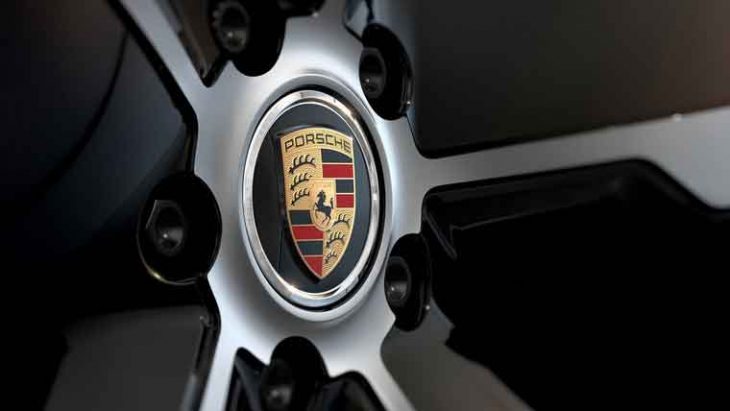 The Model 3 Performance is top of the line variant of Tesla’s most affordable offering. It boasts lively handling, quick acceleration, plenty of cargo space, and a range of high-tech features. The best part is the entry-level Standard Range Plus model offers at least 250 miles of range, which is a lot higher than the Taycan. The Performance variant goes beyond 300 miles of range in contrast to 203 miles of Taycan 4S, thus makes the former better for long drives and road trips.

Talking about the performance figures, the Tesla Model 3 Performance can zoom from zero to 60 mph in only 3.2 seconds on its way to a top speed of 162 mph. Again, these numbers are better than the Taycan 4S and comparable to the range-topping Turbo S.

On the safety front, the Model 3 is a highly safe car. While the Taycan isn’t yet tested by IIHS, the Model 3 earns the highest rating of Good in all six crash tests. The standard facilities include automatic emergency braking, sensors on all sides of the car, forward collision warning, side collision warning, blind-spot monitoring, and a rearview camera. Besides, there is a range of optional safety techs and a full self-driving safety package to aid in autonomous driving.

The Model 3 not only beats the Taycan in performance, but it also defeats it in affordability. Compared to the $185,000 price tag of the Turbo S, the Model 3 Performance just costs $56,990, meaning you can buy three Model 3s for the cost of Taycans’ most expensive offering. If we talk about the base Model 3, the price drops to just $39,990.

Despite the price difference, the Taycan and Model 3 cannot co-occur. We have seen many independent tests pitting these two all-electric models. However, we will talk about just a couple of them here to give you an idea of how well these two cars fare against each other. 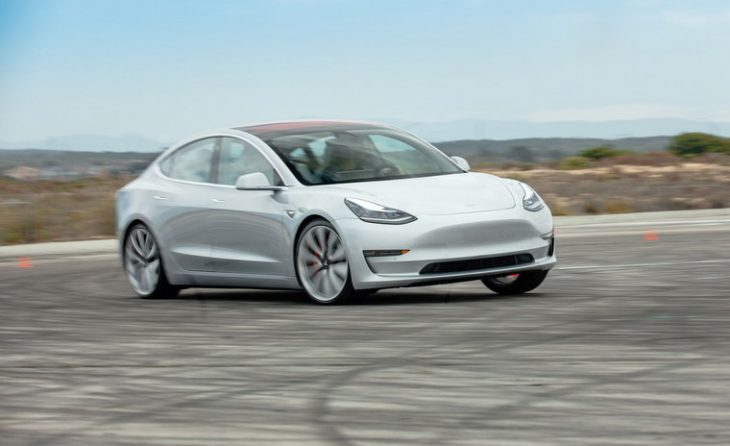 KM77.com organized a Moose Test of Turbo S and the Model 3 by setting up cones at a specific gap. Both the vehicles had to swerve in an S-shape without touching the cones. Going with the Turbo S, they found it good with 78 km/h (48 mph) of entry speed.

However, the Model 3 outclassed the Taycan with an entry speed of 83 km/h (51.6 mph). Which is 5 km/h more than its three times pricier competitor. What made the Model 3 better at sharp swerves was its regenerative braking and floor-mounted battery pack. While we cannot say Porsche’s handling is terrible, the sedan is relatively wide and heavy for these swerves.

In another test carried out by Sebastien Vittel: “He hit the ‘Ring in Model 3 Performance and was amazed by its agility”. He said the Tesla’s champ did well on the first lap, whereas the Taycan appeared more robust on the second lap.

Vittel says, while both electrics did great in the first lap with around 7.45 time, Tesla was better in the first lap. In the second lap, the Model 3’s performance was slightly lower yet on par with its rival.

The good thing about Tesla is its continuous evolution. Their models get better with every over-the-air update. While some people may claim, Taycan is an all-rounder, and Tesla’s cars only beat their rivals in a single aspect, we should remember the price disparity. You can buy a Model S and a Model 3 for the price of a Taycan!

So, which electric car would you pick among the two: Porsche Taycan or a Model 3. Let us know in the comments section.