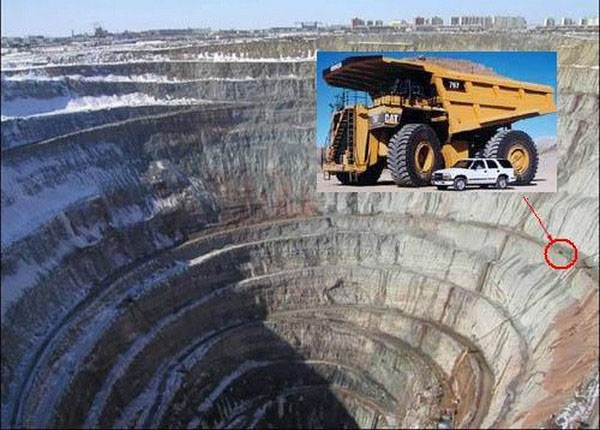 As one of humanity’s oldest industries, mining affects and enhances our lives in pretty much every way – the metals in our phones, the bricks in our houses – if we can’t catch or grow it, it has to be mined!

We take mining for granted, but the truth is that there are millions of people working hard every day, often in dangerous conditions, to bring us the minerals and resources we need to function in and enjoy modern life.

Let’s hear it for mining, then, with these seven fascinating facts.

In the UK’s 1911 census, it was found that there were more than 1.1 million miners in England, Wales and Scotland. Wales had the highest percentage of miners in its population, with one in 10 people identifying themselves as working in the mining industry.

In 2010, 33 Chilean miners became world record holders by surviving for 69 days after their gold mine in the Atacama Desert had a partial collapse. The workers were believed to be dead for 17 days before an exploratory camera revealed a relieved-looking face! The Chilean government launched a $20 million rescue operation and the miners were hailed as national heroes.

In Victorian Britain, children were a big proportion of the mining workforce. Because they were small, they were able to move around in the small shafts easily, with some children pushing trucks along the tunnels and others sitting in the dark opening and closing wooden doors to ventilate the shafts. Many children started work at 2.00am and endured 18-hour shifts below ground! Thankfully now mines have chain and conveyor systems to carry out ore!

The 1849 Californian gold rush meant that by 1850 the population was high enough for California to join the Union as a state! Later on, the Pikes gold rush of 1859 started up Colorado and led to the city of Denver coming into being.

The Diavik diamond mine in Canada is very remote and can only be reached by a dangerous ice road or by plane. The mine is so large that it actually has its own airport and this airport can comfortably accommodate Boeing 747s. It’s a good job, then, that this mine produces 8,000,000 carats of diamonds each year.

Rarest of the rare

Platinum is both the heaviest and the rarest of the precious metals. Only small amounts are mined each year – 133 tons of platinum compared to 1,782 tons of gold.

To look at it another way, all the platinum ever mined would fit inside an average-sized living room and there are no large platinum bullion stockpiles to guard against supply disruptions, unlike gold and silver.