Some Latest Unveiled Cars at the Shanghai Auto Show 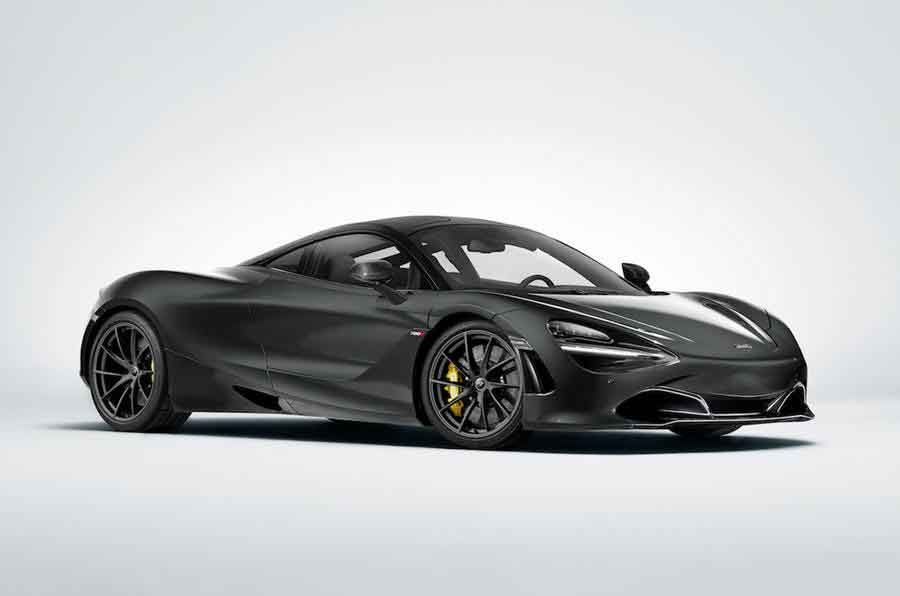 Latest cars in Shanghai auto show which is a gala for carmakers around the world happens every two years among much celebration and fanfare. With people from around the world setting eyes on the event that was held from 19th April- 29th April 2017, it surely did manage to deliver an eye gauging appeal for the people who visited the 17th iteration of the Shanghai Auto Show. The auto show was not open for general public from 19,20th April, and opened its door to the common public on 21st April. Car makers from all parts of the world showcased the concepts and in production vehicles that inevitably won our hearts.

Here is a list of some unveiled Latest cars at the Shanghai Auto Show 2017: 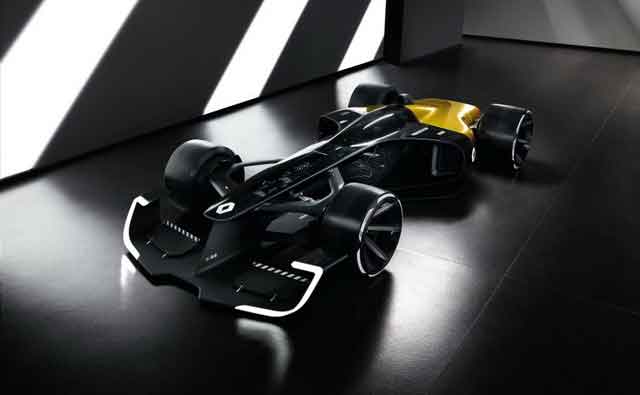 Promised as the future of Formula One racing, the Renault R.S. seems like a beautiful concept race car. Keeping future in mind, Renault hopes to put in a four-wheel drive, more efficient fuel system as well as increase in fan engagement. It wishes to make the F1 more engaging for the fans. It also aims to improve the driver safety by inputting a closed cockpit design. Some of these ideas are being used by other competitors of Renault as well.

Renault aims to put in more eco-friendly version than the current version. There were also talks of an all-electric mode which is to be used on the pit lane. 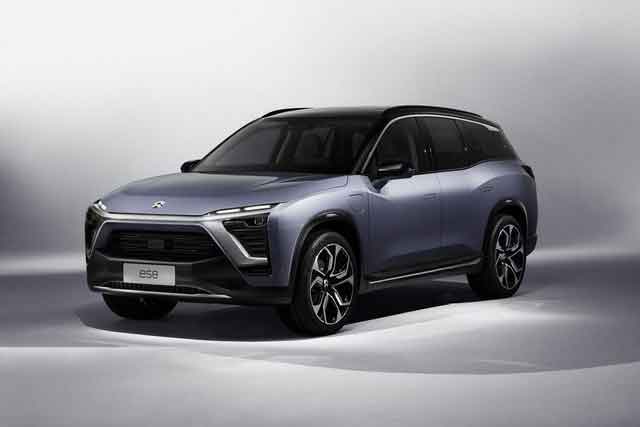 Nio’s first model in the mass market segment, and second model overall, the ES8 was unveiled at the 2017 auto show. The seven-seater SUV, which has been powered by two electric motors for consistent performance, also carries with the option for a swappable battery pack to charge on the go. The price of the SUV is likely to be around £1,150,000. There is not much known about the concept car or its battery life as the company has been keeping the performance of this electric car concept under wraps. 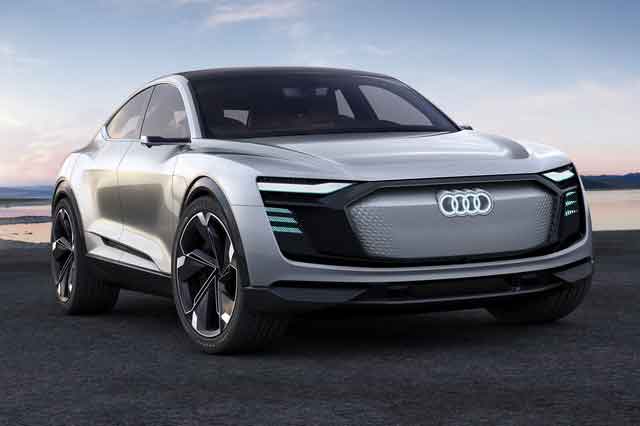 Audi’s E-tronSportback concept’s design looks futuristic, with illuminated logos. Audi has said that the car will sport 320 Kilowatts of power, with an ability to go from 0-100kmph in 4.5 seconds. This power display promises some impressive figures. Also included will be a boost mode to take it up to 370 Kilowatt. Based on Audi’s claims and its rating system for electric vehicle range, the car will probably drive for around 275 miles(443 km) using the battery in a go.

Audi also claimed that the new electric coupe crossover is scheduled to reach markets in 2019, after Quattro E-tron, which was announced in 2015. Quattro E-Tron was the first electric concept by Audi. 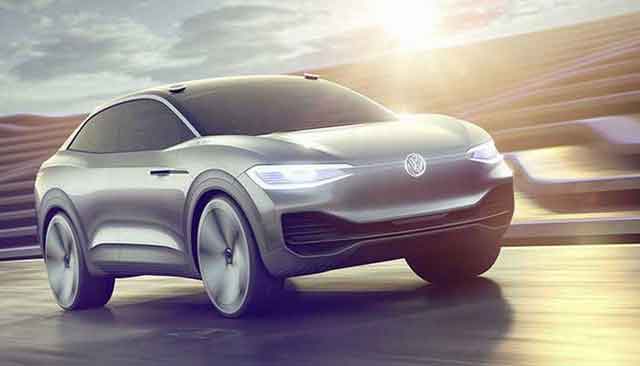 Volkswagen’s I.D. Crozz SUV concept is being actively shown at various auto shows. With the company’s plans to enter the car in production by the year 2020 and is slated to be put into the series of 30 electric vehicles that Volkswagen plans to launch by 2025.

With an electric motor that gives the car an ability to go up to 180 km/h offering 305PS. The company has been trying to incorporate an infrastructure for electric vehicles and has already invested about $2 billion. The car will offer a range of around 500 km and will support fast charging so there is no flaw on the performance end! 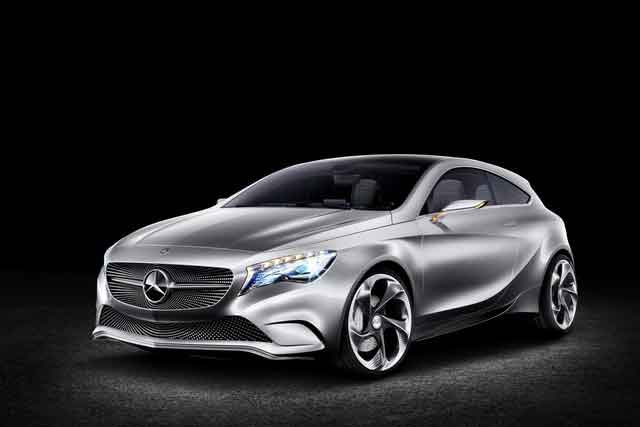 Mercedes-Benz has been building some innovative changes and concepts that have been setting the bar a notch higher for other car makers. The Mercedes-Benz Concept is a sedan that was unveiled at the Shanghai Auto Show is a hint of what lies ahead from the package of the German carmaker. Although there is no information on the specs of the car, it should be getting the same or better package than what is included in CLA. Mercedes-Benz’s latest design in the compact sedan section will hit worldwide markets in late 2018. 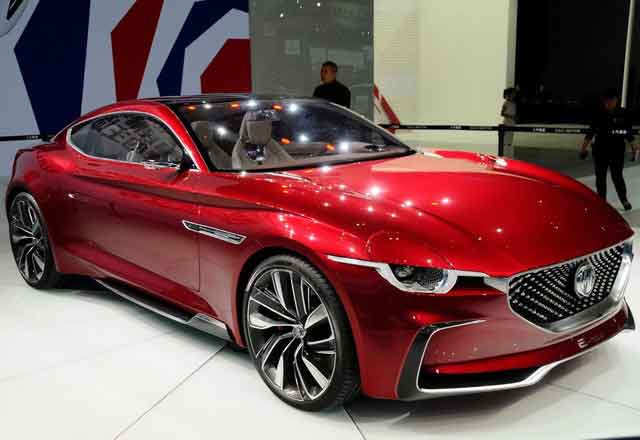 The UK-based automaker’s latest concept, The E-motion, seems to be a great electric powerhouse designed with a sporty appeal to create a beautiful mixture of performance and design. The car has been designed to go from 0-100 kmph in just 4 seconds; the car will boast of a range of more than 500 kms with a single charge. Keeping these specifications in mind, let’s be hopeful the car goes beyond concept and enters production.

VLF Force 1 V10 Roadster made its debut at the Shanghai Auto Show 2017. While sporting an open top look with the addition of powerful rear haunches, the car seems like a perfect ride.

The car’s body has been built using Carbon Fibre to maintain its sporty look. The engine of the Force 1 V10 Roadster is an 8.4-litre V10 engine which can offer up to 745 horsepower that helps the car go from 0-100 kmph in 3.1 seconds and make the top speed of 322 km/h possible. The car’s price hasn’t been announced yet but is to be certainly over $268,500. In cities like Dubai, this car’s performance’s true measure can be known. Thus Dubai carsrentals may plan on adding some of these to appease their clientele. 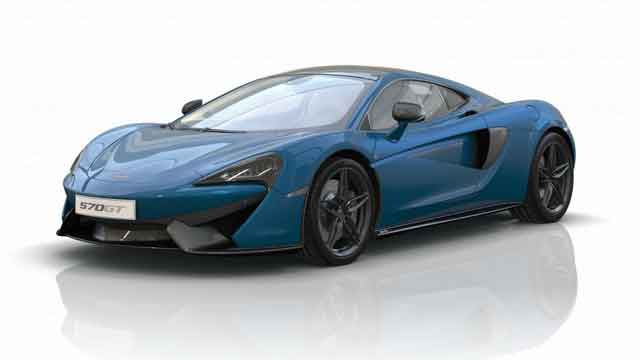 McLaren launched 570GT and 720S in the Shanghai auto show 2017. The two cars come amidst growing sales in China for the car maker.

The special edition 570GT seems to have treated with Carbon Fibre rear bumper, wings, door skirts along with lightweight alloy wheels and black finish for the exhausts. The car’s performance is at its best with a twin-turbocharged 3.8-litre V8 engine that produces 562 horsepower. The car can go upto 328 km/h top speed and race from 0-100 kmph in a miniscule 3.4 seconds.

Along with the car, 720S has been unveiled too. The car is being powered by a new McLaren’s engine that gives its a twin-turbocharged 4.0-litre V8 engine 710 horsepower. The car can go from 0-100 kmph in 2.9 seconds and reach top speeds in excess of 341 km/h. 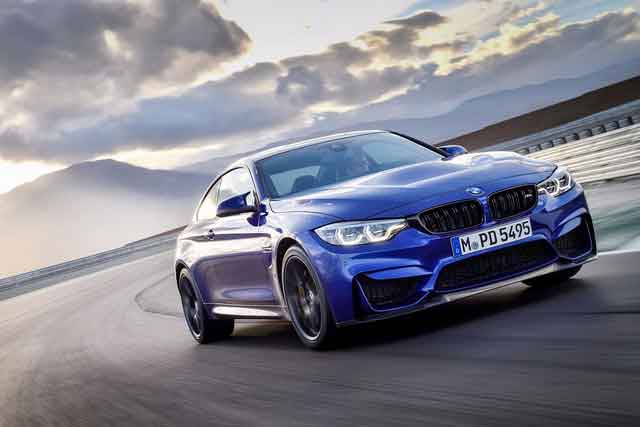 BMW has come out with the M4 CS(Club Sports) model of one of its most revered names. The car sports the most powerful iteration of M division’s 3.0-litre in-line six-cylinder twin-turbo petrol engine. The car produces 454 horsepower and beats all the previous versions of the M4 in the specs. The M4 CS when put on test with M4 Competition Package, managed to outperform it with a faster performance. The M4 CS clocked 0-100kmph in 3.9 seconds as compared to M4 Competition Package’s performance of 4.2 seconds.

The top speed of the car has been raised to 280 km/h. Use of Carbon Fibre has been used to decrease the car’s weight to help provide better performance. 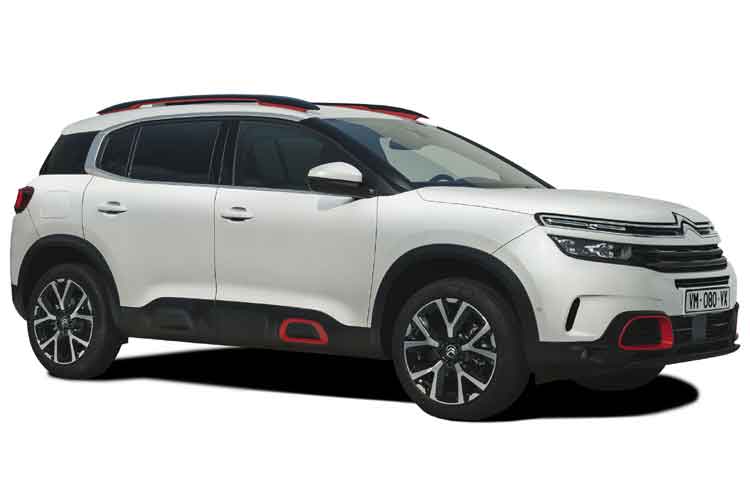 Citroen’s C5 Aircross has been launched at Shanghai Auto Show 2017. Citroen’s most powerful production car till date, the car comes in various models including two gas engines which produce 165 horsepower and 200 horsepower. The plug in hybrid version of the car comes with a power flow of 300 horsepower. Out of the two motors, one is in the front, while the other is in the rear thus giving the car an all-wheel drive capability. According to the automaker, the hybrid version is expected to have a range of 60 kilometers, electrically driven.

The car will go on sale in China this October while customers in the Europe region have to wait till the end of 2018 to get the car.

The latest version of the Mercedes S-Class features Mercedes latest autonomous and safety tech. The car comes up with map and satellite navigation systems to predict driving behaviour to help with the autonomous driving. The car also features remote parking feature which has been earlier seen in BMW’s 5 and 7 series. The car focuses on efficiency as well with the best-selling 350D getting an updated 3.0-litre turbo diesel engine that gives out 286 bhp and a lowly 145 g/km emissions. There is also a plug in hybrid model that is expected to enter the market which will feature a range of 50 km.

The Shanghai auto show was a great opportunity for various automobile companies around the world to showcase their products to the Chinese market. The Chinese vehicular market has been seeing a rise and that knowledge hasn’t been lost to the noticing eyes and ears of automobile makers who certainly made it a point to project a wonderful profile of the company. Some of the cars unveiled will start producing and selling within the Chinese market before other global markets. This goes on to show the valuable addition of China within the vehicular market.