The Most Powerful Muscle Car Ever Built 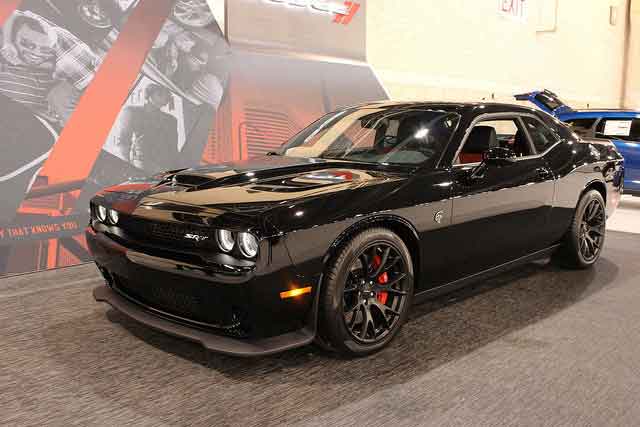 Talk about the return of the old days. Over the years there have been a lot of automotive journalists who waxed nostalgic about the “muscle car era” back in the late 1960s and early 1970s. “A time that we will never see again” was a common refrain. Well, back to the future we go.

First data point, the 2015 Dodge Challenger SRT Hellcat is the most powerful muscle car ever built and sold by standard automobile dealers. It boasts 707 right-from-the-factory horsepower and completes the quarter-mile in just 11.2 seconds! The reason for all this, of course, is a whopper of an engine. The Hellcat has a 6.2-liter supercharged HEMI V-8 with a high volume, screw-type supercharger bolstered by dual water-to-air inter coolers. By the way, the decision to use a supercharger instead of a perfectly capable turbocharger is because the engineers at Dodge didn’t want any turbo-lag issues, plus it sounds real cool. That’s right, the engine sound is really cool and Chrysler Corporation is making a big thing out of this in its advertising.

A key change to this latest Challenger, besides the Hellcat’s outrageous PowerPoint, is an optional new 8-speed automatic transmission. This new tranny leads to improved fuel efficiency but many will undoubtedly consider an automatic sacrilegious and demand the standard 6 speed manual.

Braking for the 2015 Dodge Challenger SRT Hellcat with its 36mm six-piston Brembo aluminum calipers, is quite firm. The shocks are well tuned so that there’s not a lot of pitch and dive front to back, meaning the car stays relatively flat. As you turn the vehicle, you begin to notice the 4488 lb weight and a bit of inherent roll, but it does so evenly front to back giving you a sense of confidence. As you’d expect with such a front engine car, the limiting factor is understeer, and it requires some patience to allow the car to rotate around sufficiently before getting back on the gas pedal.

The SRT Hellcat starts at $59,995 – and that includes gas-guzzler tax. Reviewers have commented that the 2015 Dodge Challenger SRT Hellcat gets some 9.5 mpg real world gas mileage. Yes, 9.5. For those that want to let someone else drive the car, such as “the kids”, it arrives with two keys – a black one that limits power to a measly 500 hp and a red one that unleashes all 707hp.

In summary, the new Challenger is exactly what a muscle car should be. Is it the new king of the hill, the best of the best? After all the new Corvette and Shelby Mustang models are quite capable muscle cars in addition. Well, that’s a subjective call but you can say one thing; Its probably the most authentic muscle car on the market today, kinda like a ’71 HEMI ‘Cuda for those who didn’t live through those days. There is one thing we can say, though: here’s your chance! If you missed the first muscle car era, here’s your opportunity to get in on this one.