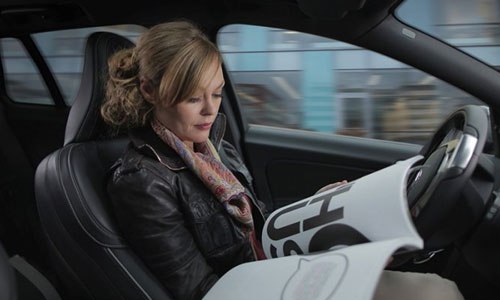 Volvo has announced an on-the-street test of about 100 self – driving cars, a first of its kind in the world. It also claims to put owners in seats of the autonomous production – ready vehicles by 2017.
Volvo said that apart from the complex software that will be used, the cars will also require about 8 cameras, lasers and sensors.

It also managed to get the approval of the lawmakers in Sweden as well as Gotheberg which will allow the owners of these cars to legally drive around while they chat or read behind the wheel.