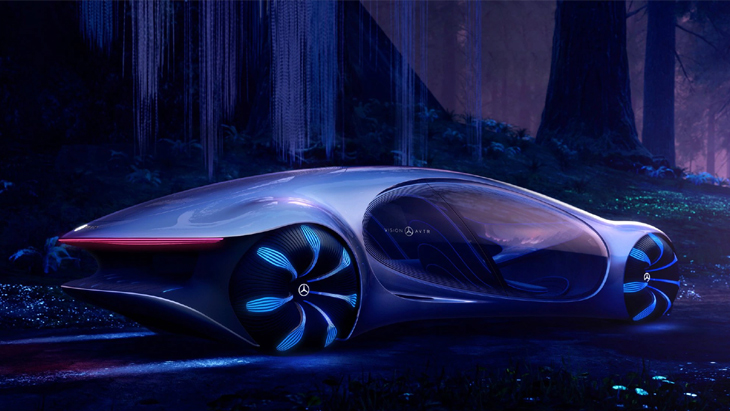 Cars of the future are the question which is asked very commonly by the persons who have the crazy of the automobile. While the new 2021 Ford Bronco may be making American headlines this year, the cars that are for later years are currently in the works, being perfected. Hearing talks and even seeing short glimpses of futuristic cars have us all thinking, “What will cars look like in the future?”

Will future car designs be similar to what we’ve seen in movies, shows, and media? Or will they be nothing like we ever imagined? With Tesla leading the market for self-driving cars, it only makes us wonder what the cars of the future will hold in store for society. Besides autonomous transportation, society has already designed various innovative technologies that are helping and shaping our world to be what it is today. WIFI, 3D print organs, AI robots, cancer-detecting smart needs, and clone animals are just to name a few. We took the liberty of researching the market and making a list of cars of the future, so you can see the possibilities for yourself.

Keep in mind that many of these futuristic vehicles are still concepts, while others are pricey limited editions. If you happen to see the cars of the future of your dreams on our list, then stay tuned for the latest updates on how to turn your dreams into a reality.

We had to start the list off with a concept vehicle that is making headlines all over and we have to agree, German engineering never fails to impress. At first glance, you’ll notice that the Mercedes-Benz Vision AVTR reminds you of a design that you’ve seen before. Then, you’ll quickly realize that the car was inspired by the award-winning movie, Avatar. While this groundbreaking concept vehicle was collaborated by the Avatar and Mercedes-Benz team, its name also stands for Advanced Vehicle Transformation. Inspired by the world of Pandora, the Vision AVTR is packed with super-futuristic features and exhibits an entirely new interaction between humans, technology, and nature. 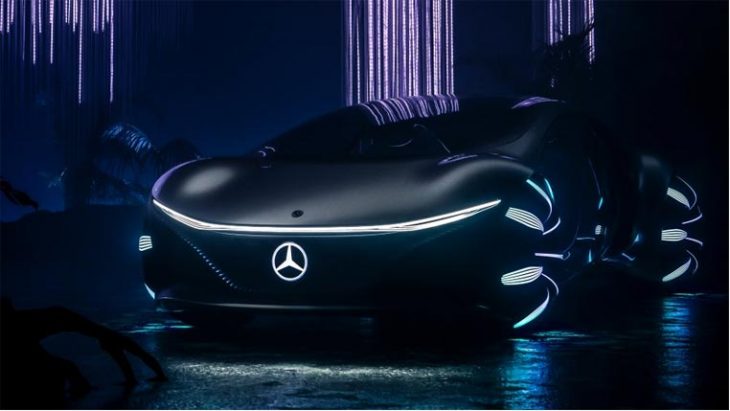 This vehicle is completely engineered of sustainable, organic, and recyclable materials where even the battery can be composted at the end of its life. Instead of using a combustion engine, Mercedes designed a battery whose graphene-based organic cell chemistry is free of rare earth elements. The interior is constructed of raw, vegan, and microfiber materials, and entails an immersive experience that mimics space by creating a visual connection between passengers and the rest of the world. 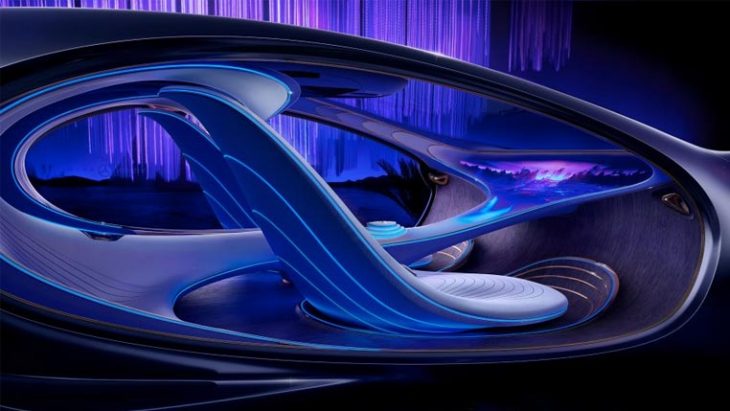 A design that is simply impossible to ignore, we’re hoping that the Mercedes-Benz Vision AVTR is available sooner than later.

If you’ve ever seen iRobot, then this vehicle is bound to give you some nostalgia. 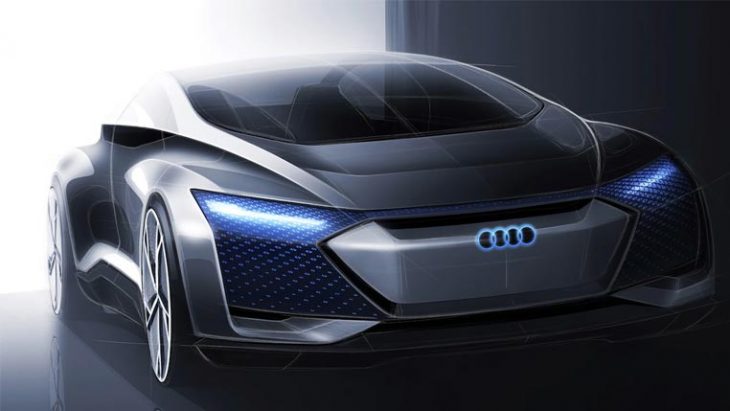 While the Audi AI: CON is scheduled to test their pilot fleet sometime during 2021, this fully autonomous and electric car design is still being perfected by its maker. Audi based the AI-CON’s design on maximum comfort, communications technology, and freedom for its passengers. The Audi AI-CON possesses four motors and has the impressive ability to range up to 800 kilometers (497 miles) off of one charge and under one hour. The AI-CON offers ample performance and autonomous features, where it can even pull up to an AI Zone charging station, and charge its own battery with no human assistance. Audi never ceases to amaze us, and it doesn’t stop with the AI-CON. 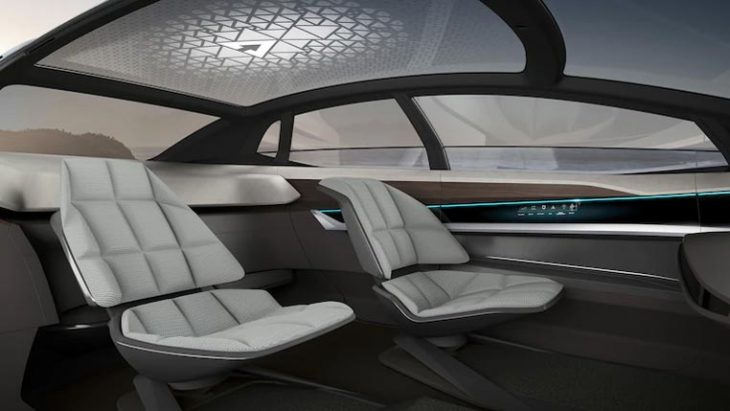 Let’s keep the German-engineering-concept-vehicle trend rolling. Like most BMWs, the i4 is nothing short of pure luxury. This concept is BMW’s first attempt at a midsize, electric vehicle where its main competitor is said to be the Tesla Model 3. The front of the vehicle almost resembles a Maserati because of the i4’s massive grill, while the rest of the design is sporty, yet classic. BMW takes its elegant, four-door coupe design to a whole new level with i4. 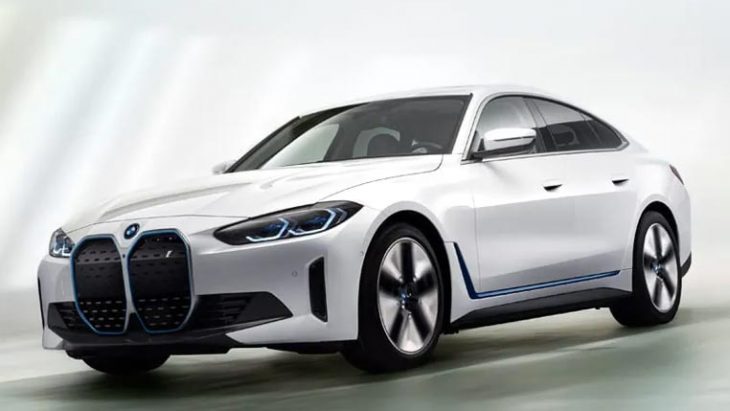 The BMW i4 has a maximum torque of 500 hp, accelerates from 0 to 60 mph in 4.0 seconds, and holds an estimated range of 434 kilometers (270 miles) on a full charge. While these numbers may be smaller than what we’ve heard for other concept vehicles, BMW’s first stab at the electric car industry isn’t too shabby.

With all this talk about electric vehicles, we had to throw a sustainable model that entirely changes the game. The Lightyear One is the first-ever, long-range, solar-powered vehicle that can drive up to 725 kilometers (450 miles) per charge. Equipped with a solar panel roof, the Lightyear can drive for months without charging, as it is mainly designed for independence. An effortless, clean, solar range that entails the lowest emissions and charging frequency out there, the Lightyear One’s solar cells are 20-percent more efficient than traditional solar models. The Lightyear One’s exterior is sleek and contemporary, while its interior embodies a traditional feel. 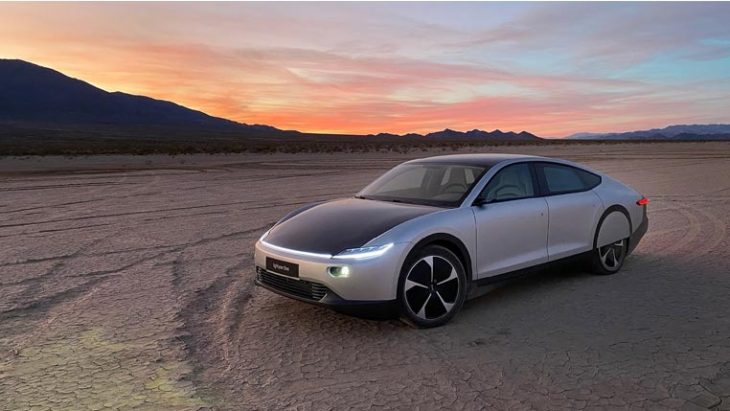 If you’re looking to invest in a solar vehicle, you can reserve the Lightyear One on their website today. 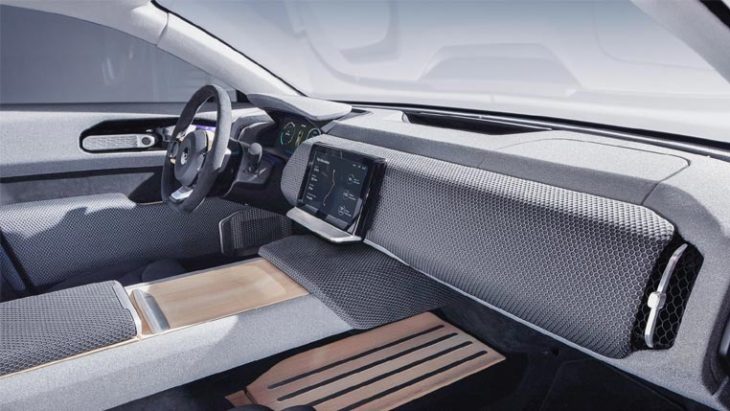 This vehicle made headlines back in 2019, and while its base model is still not available until late 2022, you have the freedom to reserve your preferred model of the Tesla Cybertruck on their site. Saying that Cybertruck’s look is dramatic would be an understatement, but we think that was Tesla’s way of attracting attention all over the world. Tesla gained a lot of media on the Cybertruck and consumers immediately wanted to know everything about it. 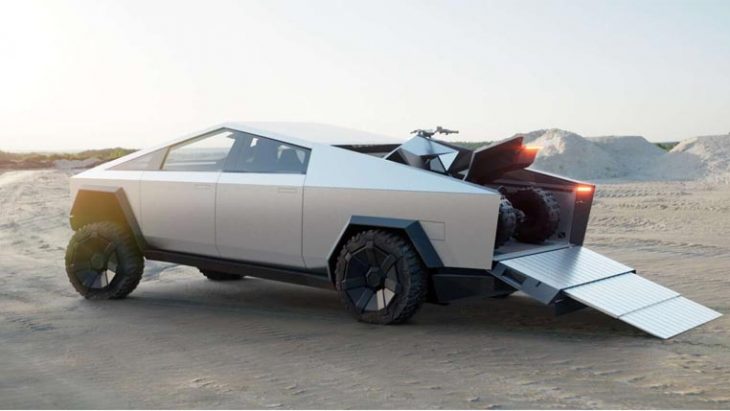 The Tesla Cybertruck has three models where you can add a self-driving feature to any of them (and instantly add $10,000 to your custom order). The most supped-up model entails some impressive features; 14,000+ lbs. of towing capacity, 0 to 60 in 2.9 seconds, over 500 miles (804 kilometers) of range, and an exoskeleton that is designed to be virtually impenetrable.

The Rivian R1T is another electric truck that is making waves in the industry and its limited Launch Edition will be available June 2021. This electric truck is an outdoor lover’s dream where its entire design is based on adventure, journey, and exploration.

The R1T has a panoramic roof, vegan leather interior, 4G WiFi, enhanced storage solutions, and the capacity to travel through any kind of road trip. Rivian also added an innovative Driver+ feature which allows the truck to automatically steer. Adjust speeds and lane change on your command. The R1T has a quad motor with 750 hp, 300+ miles of range, 11,000 lbs. of towing capacity, and runs from 0 to 60 mph in 3.0 seconds. If you’re into real-world adventures, then the Rivian R1T is meant for you.

When you think of futuristic cars, you’re probably thinking of a design that is similar to the Kangaroo. GFG Style engineered the Kangaroo as their electric, hyper-SUV, two-seater concept. Which is equipped with a 4-wheel drive and 4-wheel steering. The first glimpse of the Kangaroo had us comparing it to exotic sports cars. Ferraris, Lamborghinis, and such, but the Kangaroo is different… and better. 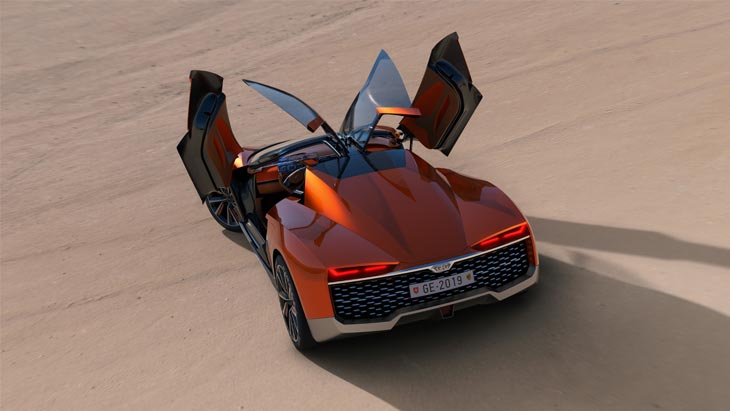 The reason we think the Kangaroo is better than other luxury vehicles is that it has more to offer. Its three suspension modes (racing, road, and off-road). That allows the car to seamlessly jump from one terrain to the other, hence its name. Whenever you’re feeling adventurous, you can switch from driving to racing, and from racing to off-roading. Whether you’re in the mood to cruise through the hills, desert, snow, or ice. 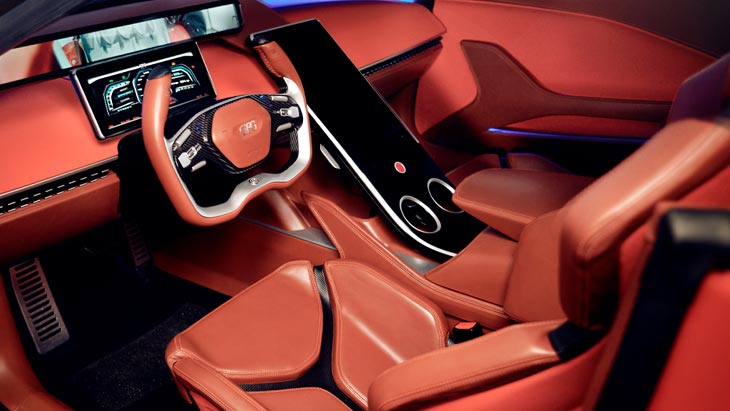 This future car concept has the power to do it all. Stay tuned for the Kangaroo’s availability soon.

Audi made the list twice, but for very good reasons. The Audi AI: ME is another EV concept, although it’s specifically engineered to make you feel right at home. The AI: ME’s interior doesn’t look like your average car. But instead, is designed to echo the resemblance of a living room with its comfortable. Armchair-like seats, wooden trays, and magnetic coffee cups. Audi designed this concept vehicle for busy go-getters. Who wants to do the least on their rides home through the metropolis. 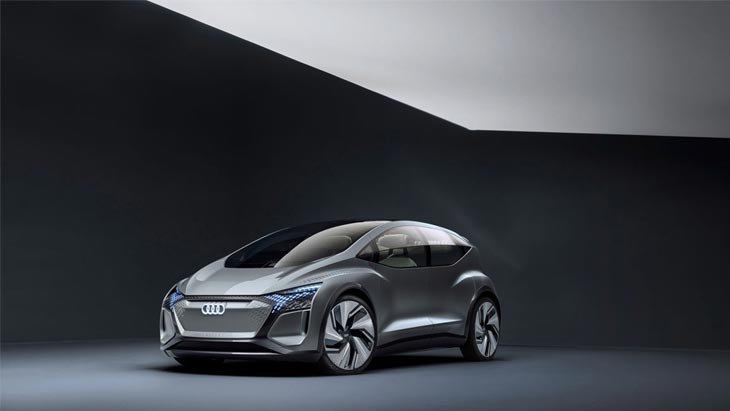 Depending on how you’re feeling that day, you can choose to drive yourself or have the AI: ME drive you. A futuristic vehicle. That is built around the needs of the consumer, the Audi AI: ME should be available in the near future.

It only makes sense to end our thoughts with a second Elon Musk creation. One that’s slightly more impressive than the last. Considered an electric supercar, Tesla pushed its limits with the Roadster to design the quickest car in the world. The Tesla Roadster has record-breaking acceleration, range, and performance, and its whopping price tag of $200,000 shows it.

This groundbreaking, future car innovation has a top speed. That exceeds 250 mph, an unbeatable range of 620 miles (998 kilometers). That goes from 0 to 60 mph in 1.9 seconds. Just to paint you a picture of how fast is that. The Roadster can bump its speed up to 60 mph faster than you can tie your shoes. The Roadster’s sleek, curvy edges may make it look like a coupe, but rest assured, it comfortably seats four. If you’re looking for a future car design that dubs as a convertible. Tesla added a removable glass roof for an open-air driving experience.

Make sure that you have enough saved up to splurge on the Roadster. Because it costs $50,000 to reserve just the base model.

What do You Think of Our Future Cars?

The auto industry continues to evolve and makers across the world are engineering designs with better efficiency, sustainability, and comfort. Whether you’re looking to get your hands on a car from our list. Or you’re simply curious as to what vehicles are currently in the works. Future car designs are leading the way to newer, faster, and better technologies all over the world.