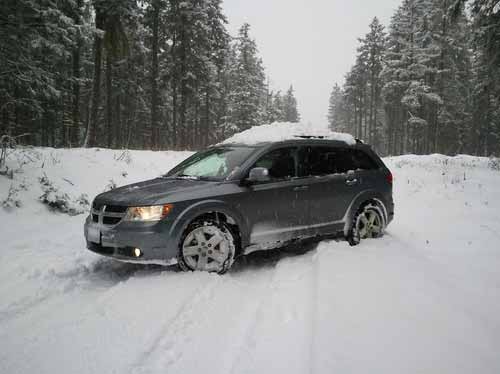 Winter weather is potentially the biggest headache for today’s drivers, threatening both their car and their personal safety for at least three months out of the year. There is lots of good advice for drivers who routinely commute in winter conditions, but there also has been a lot of misinformation about how to best accommodate winter conditions and stay safe even when the roads are covered in snow and ice. Before setting out on yet another stormy winter day, consider the biggest myths about winter driving and how they might affect safety during the commute.

Myth 1: It’s Important to Warm Up a Car Before Driving in the Winter

In an earlier era of driving, when engines were less advanced and required a bit more attentive care and accommodation, it was absolutely recommended to idle the car for several minutes before leaving the house. Some people even warmed the car for up to 15 minutes, priming the engine and warming the interior. Today, this is not required. Engines have advanced to the point where idling during winter conditions won’t meaningfully change their performance once on the highway.

Instead of producing excessive carbon emissions and lowering fuel economy by idling the car for an extended period of time, experts note that today’s drivers can idle the engine for as little as 30 seconds before embarking on their trip. That’s just long enough to connect a phone via Bluetooth and select an appropriate Spotify playlist for the drive ahead.

Perhaps because tires are so expensive, many drivers try to convince themselves that winter tires aren’t really an important part of preparing the car for winter weather conditions. This could not be more wrong. In fact, winter tires are a crucial way to give the car a bit of added traction as it pushes through the challenges presented by snow and ice on highways and side streets.

These tires are not only better in snow and ice, but also perform better on cold, bare pavement. That’s because they stay pliable under much colder conditions than all-weather or summer tires do. As a result, the car is more able to adjust to snowy or icy conditions, with the tire adapting and shifting as needed to maintain control.

Myth 3: Snow is No Match for All-Wheel Drive

It’s comforting to many drivers to know that they’ve got all-wheel drive if challenging winter conditions arise. It definitely should be, since all-wheel drive does provide at least a small amount of extra control to the vehicle by making sure that it’s front and rear wheels can operate simultaneously or independently. Even so, all-wheel drive is not a cure for what ails most drivers during the winter months. It’s an improvement over two-wheel drive, but it’s not a foolproof way to overcome a complete loss of traction on the road.

Think of all-wheel drive as enhancing the margin of error when confronting a large patch of snow or ice on the highway. It won’t stop the car from spinning out of control if it becomes surrounded by snow and ice, but it will allow the vehicle to handle a smaller patch of slippery conditions more easily. Another important thing to keep in mind is that all-wheel drive does not make the car “invincible,” and it’s important to remember the fundamentals of winter driving in order to stay safe and keep other motorists free from harm.

The pliability of winter tires has convinced some motorists that their under-inflated, all-season tires will perform similarly on the road. This is just not true. According to the Burns car dealership, under-inflated tires actually perform worse when they encounter snow and ice, because they’re less able to drive on top of the precipitation. Instead, they often slide through it. Another thing to keep in mind is that under-inflated tires can actually suffer from a greater degree of damage when they’re used for daily commutes or longer trips. This significantly shortens the tire’s useful lifespan and could lead to flat tires or added seasonal expenses for motorists who adhere to this misguided strategy.

Leave These Four Myths Behind for Safer Winter Driving

Driving during the winter is a stressful experience for many motorists, but it can be made at least a little safer by leaving these four common myths behind. Keep an eye on the car’s tire pressure and the type of tires used, and make sure not to place too much importance on all-wheel-drive or warming the car before the commute. With these myths conquered, drivers will find it easy to conquer snow and ice on the roads as well.